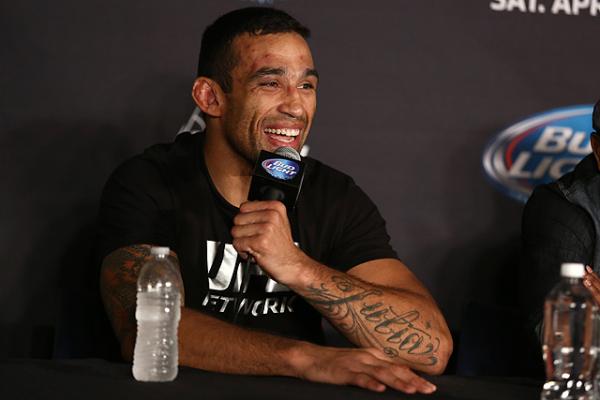 On Saturday, May 14, the UFC hosted UFC 198: Werdum vs. Miocic from the Arena da Baixada in Curitiba, Parana, Brazil.

In the night’s main event, heavyweight champion Fabricio Werdum made the first defense of his title against hard-charging contender Stipe Miocic. The 38-year-old Werdum had not lost since rejoining the promotion following the Strikeforce closure. The Brazilian earned an interim belt by stopping Mark Hunt at UFC 180 and then unified the belt by submitting Cain Velasquez at UFC 188. Miocic, meanwhile, entered the title affair having won five of his last six. The wrestling stalwart stopped the aforementioned Hunt, as well as former champion Andrei Arlovski, in his last two outings.

Above is live video of the event’s post-fight press conference which kicks off approximately 30 minutes after the main event between Werdum and Miocic comes to a close (courtesy of the UFC).