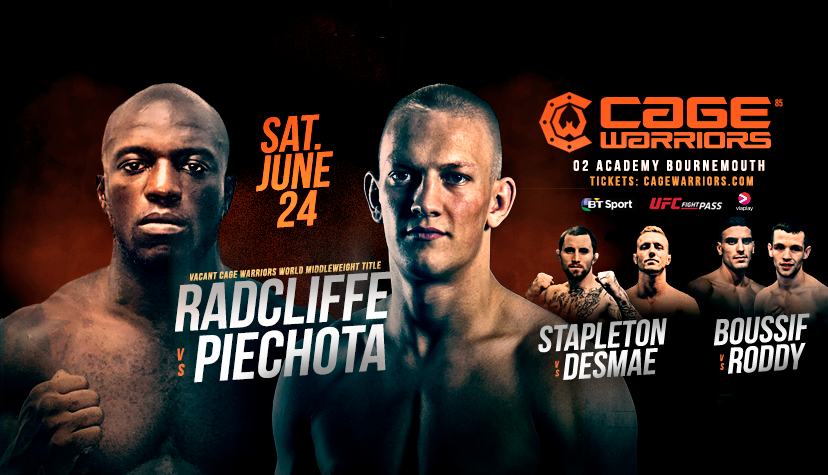 In the evening’s main event, Jason “The Assassin” Radcliffe took on Poland’s Oskar Piechota for the vacant middleweight title. England’s Radcliffe was currently riding a six-fight winning streak, including five first-round stoppages. Piechota is a finisher in his own right, having stopped all eight of his career victories. Piechota replaced Sweden’s Victor Cheng, who was originally scheduled to fight Radcliffe for the belt.