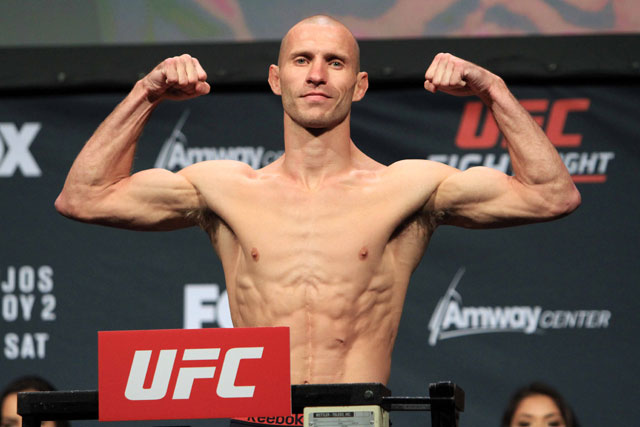 On Saturday, Feb. 20, the UFC will host the weigh-ins for UFC Fight Night 83: Cerrone vs. Oliveira which takes place Sunday, Feb. 21, from the CONSOL Energy Center in Pittsburgh.

In the night’s main event, recent lightweight title challenger Donald “Cowboy” Cerrone moves up to the welterweight division to duel with another “Cowboy,” Alex Oliveira. Cerrone saw an eight-fight winning streak snapped in December when he was stopped by lightweight champion Rafael dos Anjos in just 66 seconds. Shortly after, Cerrone announced his move to the 170-pound ranks and was tabbed to face Tim Means. Means, however, was pulled from the card after a USADA violation and Oliveira was chosen as a replacement. The Brazilian will also be moving up in weight after winning three straight in the lightweight division. He was most recently in action in November, where he scored a third-round knockout of Piotr Hallman.

* – Garbrandt vs. Mendes was agreed upon as a 142-pound catchweight