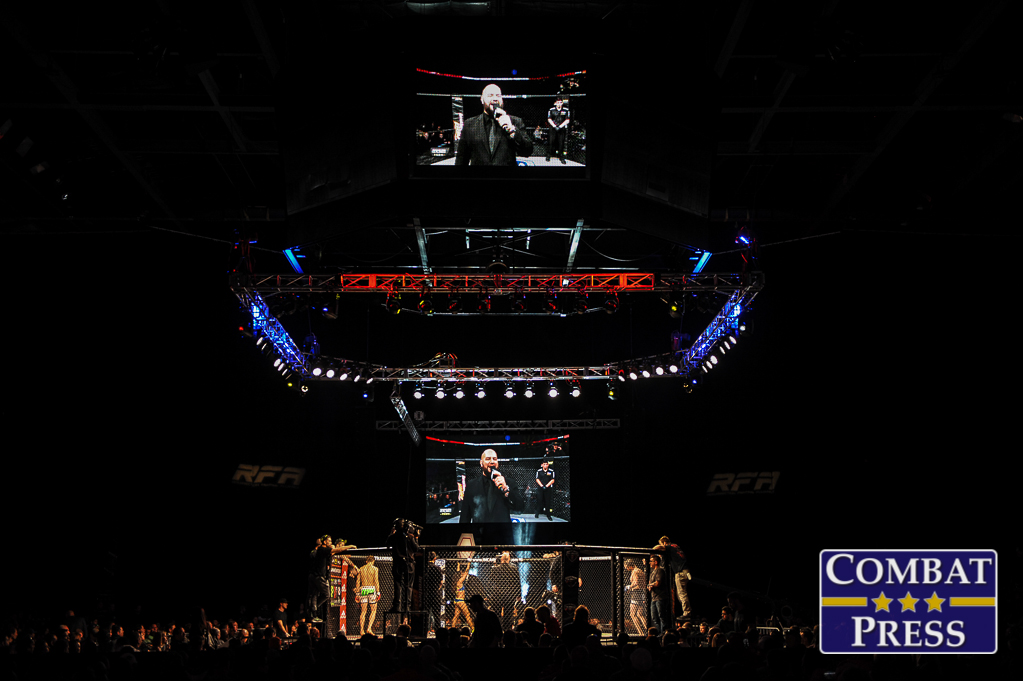 On Friday, Jan. 15, Resurrection Fighting Alliance returned to the Denver area for its 34th event. The promotion once again visited the 1STBANK Center in Broomfield, Colo. The night’s main card aired live on AXS TV at 10 p.m. ET. The event marked the promotion’s seventh visit to Colorado.

Benjamin Smith rebounded from his title defeat to Gilbert Smith with a unanimous decision win over Craig Eckelberg at RFA 32 in November. Prior to losing his belt, the Minnesota fighter had not tasted defeat since 2013.

Velickovic, meanwhile, had reeled off three straight wins since falling to Gilbert Smith at RFA 20. The 26-year-old was most recently in action at RFA 31 in Las Vegas, where he bested Vardan Sholinian on the scorecards.