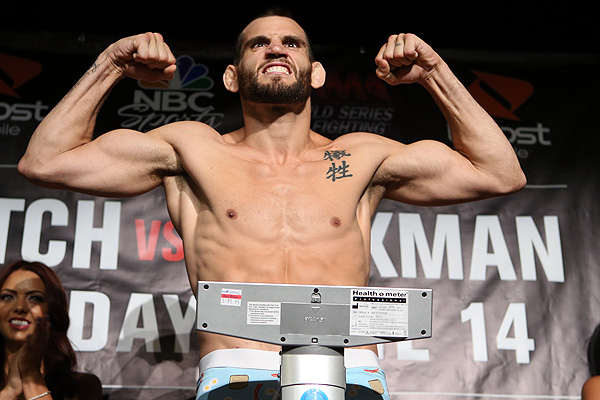 On Friday, Oct. 16, World Series of Fighting will hold the weigh-ins for its 24th event which takes place Saturday, Oct. 17, from the Foxwoods Resort Casino in Mashantucket, Conn.

In the night’s main event, a pair of veterans lock horns in the welterweight division as former UFC mainstays Jon Fitch and Yushin Okami go to battle. Fitch, a former WSOF title challenger, will be looking to get back into title contention after the promotion stripped his last opponent, Rousimar Palhares, of the belt. The Brazilian submitted Fitch with a kneebar last December. Okami, meanwhile, will be moving down to the 170-pound division following a title loss to middleweight champion David Branch last November.

The co-main event features gold on the line as heavyweight champion Blagoy Ivanov takes on Derrick Mehmen. The Bellator veteran Ivanov made a successful WSOF debut in June, submitting Smealinho Rama to capture gold. Mehmen, a Strikeforce veteran, has won seven of his last eight, with his lone loss coming against the aforementioned Rama.

Also on the main card, the promotion will crown its inaugural flyweight champion as Magomed Bibulatov takes on Donavon Frelow.

The preliminary card kicks off Saturday at 5:30 p.m. ET. A live stream airs on Combat Press. The main card will be broadcast on the NBC Sports Network at 8:30 p.m. ET.

The fighters hit the scales on Friday at 5 p.m. ET. A live feed and results appears below.