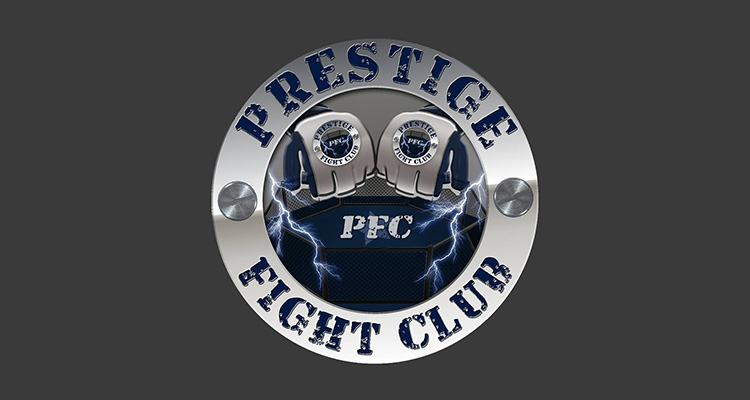 In late September 2013, Prestige Fight Club held an amateur MMA show. Afterwards, the promoters, Cord Crowthers and Derek Daku, were arrested and faced criminal charges for putting on the fights because the laws had changed. For about a year, they worked with some parts of the government and fought the others, doing everything they could to save MMA in Saskatchewan.

“In Canada, there is no national MMA group. Each province has its own rules and commissions,” explained Crowthers in an interview with Combat Press. “The SMAA [Saskatchewan Martial Arts Association] had been sanctioning our events and then… didn’t. Our last show, they came in and shut everything down. It was supposed to be two months, but it turned into two years.”

Crowthers and Daku faced criminal charges. One of the ways they fought those charges was with a civil suit against the SMAA for abusing their powers. After a long and expensive fight, Bill 209 was passed in 2014 and all charges against the two businessmen were dropped. Prestige FC was back in business, but with some alterations.

“In our government, there are a lot of different factions and sometimes it seems as if they aren’t on the same page,” said Crowthers. “One thought our show was illegal and the others didn’t. Municipal and police were onboard with us, but the one level took us to court. While one side was asking for us for help on how to set up the new commission, the other wanted to punish us.

“Although, it’s disappointing that there isn’t anything set up for amateurs now. I think when dealing with government, it’s one step forward, two steps back. I mean, how do you abandon the amateurs? We won’t have any pros to promote without the amateur shows. But until there is a national body or commission, I don’t see it happening. Right now, there are two provinces who have amateur sanctions, but that seems likely to change very soon.

“Out east, they are doing it like we did, challenging the gray areas of the law. Four to five years from now I think we will have everything sorted out, but there is still a lot of work to do.

“We were the first to challenge the new law and we were the ones who stuck with it. There were other promoters who were putting on shows, but they disappeared. Now, we are back and ready to go with our first pro show. ‘Atonement’ felt like the right name for this show. We felt persecuted, but we persevered. This is our way of saying ‘vindication.’”

They are hitting the ground running. One of the first bouts the promotion announced is an exciting welterweight contest featuring Mike “Biggie” Rhodes of Roufusport.

“Originally, we wanted Mike to face Ryan Machan, who is known as one of the best 170-pounders outside of the UFC,” Crowthers explained. “But he had to pull out of the fight due to an injury, so we were worried. We needed someone to face Mike, who, despite a bad run in the UFC, is a great and exciting fighter. He won seven or eight fights before he lost in his UFC fights, and he has won the last two in devastating fashion. We wanted to make sure he is challenged on a high level, and Taki Uluilakepa from Seattle stepped in. Taki fought for Titan FC in his last bout and has a strong record of 4-1-1.”

“Solorio had another fight lined up and it turned out to be a great one but a hard one,” said Crowthers. “He received a medical suspension, but we already had an alternative lined up just in case. Swain is electric! He is 14-5 and is one of the top 100 fighters in the U.S. He is a young kid and he is hungry. He wants to come in and beat Kurt in his hometown.”

Southern had competed at 155 pounds and put together an impressive 13-6 run. In that run, he finished 10 of his opponents. He will be making his debut at featherweight.

“Kurt has killer wrestling,” said Crowthers. “He competed at the collegiate level. He has been training at a Bang affiliate and redeveloped his whole game. This match-up has all the potential to be ‘Fight of the Night.’ I would be shocked if it’s not.”

Crowthers is more than just an MMA promoter. He’s also the husband to Invicta FC fighter Charmaine “Not so Sweet” Tweet. It just so happens that Crowthers was able to book his wife for a fight on the upcoming Prestige card.

“My wife is from Saskatchewan, Regina, and to be able to fight professionally here in Weyburn is huge for her,” said Crowthers. “We are so grateful to [Invicta President] Shannon [Knapp] and the team for allowing Charmaine to fight for Prestige FC. As a promoter, I know how that goes. It is great for the fighter to go get the opportunity to earn another paycheck and win, but it could also be detrimental to the promotion. But Invicta FC lets them fight when they can.

“Here is another fight where we had a different plan, but we are really excited about where we landed. Charmaine has had 11 pro fights and we were looking at matching her up with Ontario fighter Bobbi Jo Dalziel. [Dalziel] was 9-0 as an amateur and had beaten a girl that had beaten Charmaine, so we really liked the match-up and thought it was good. But the commission didn’t see it that way.

“Finding a replacement for a woman is hard. So there we were, wondering what to do, when Anna ‘Smiles’ Barone’s folks called. Anna had beaten Charmaine by TKO in just 18 seconds, but then in the rematch Charmaine got the first-round rear-naked choke. So we get to have the rubber match on the card.”

If you’re observant, you might have noticed a theme. The phrase “The best laid plans…” comes to mind. The theme continues with a fight that could have been the main event or the co-headliner. Jordan McKay hurt himself during training, so Michael “The Messenger” Hill, who sports an 8-4 record, will move up to middleweight to face the 4-0 Mariusz “The Iron Pol” Ksiazkiewicz.

“Jordan was injured with only two weeks before the fight. Hill called and said he would take it,” explained Crowthers. “Hill brings [The Ultimate Fighter] experience and is known as one of the most exciting fighters in Canada. Mariusz showed his determination by agreeing to fight him, and this fight has implications in both of these fighters’ careers.

“The whole card is stacked. Ryan Rohovich is another Saskatchewan fighter looking for a big win to catapult his career. We’ve got Tristar fighters who bring high levels of skill. This is the first pro MMA fight in Saskatchewan. We are six or seven hours away from Calgary, Edmonton and Winnipeg. This is going to be huge for MMA fans in Canada.

“And I want it to be clear: we are here to be the biggest show in Canada. We are here to put Saskatchewan on the map. [Maximum Fighting Championship] have gone away. The hiatus was too much, I guess. No bones about it, we are the biggest game in town and will do everything we can to give the fans the best show they’ve seen.

“If it’s MMA and happening in Canada, we want it to be us. And it’s not just great fights and fighters. We are investing in the show. It’s the experience. It’s the music, the lights, the announcer, the crowd. The casual fan can watch a show on TV and not truly experience it, but when you go to a show and get the whole thing, it’s just electric.”

This card has been a long time coming. It’s already dealt with the injury bug and had to overcome obstacles. The passion that Crowthers has for MMA and for bringing a quality experience to Saskatchewan is easy to hear when he speaks. His Prestige FC CEO and co-founder, Daku, has an amateur record of 6-1 and would have liked to have made his pro debut at Prestige. However, the commission won’t allow a promoter to fight on his own card. These guys love MMA and have laid out their souls to help bring the sport back to their province.

Cord and Derek would like to thank all the fighters, teams, gyms and fans for their support. He would like to thank one special person in particular, Dana Cockwill of Stellar Gear, who has been sponsoring local fighters since he started his business and would give them gas money to get to their fights, t-shirts for the walkout, seminars, whatever they needed. Crowthers said that If it wasn’t for Cockwill, they wouldn’t have any shows. Follow Prestige FC on Twitter: @PFCPrestige and Stellar Gear: @StellarGear. Prestige FC’s website will be up and running soon, but more information on the promotion can be found on its Facebook page
Advertisement