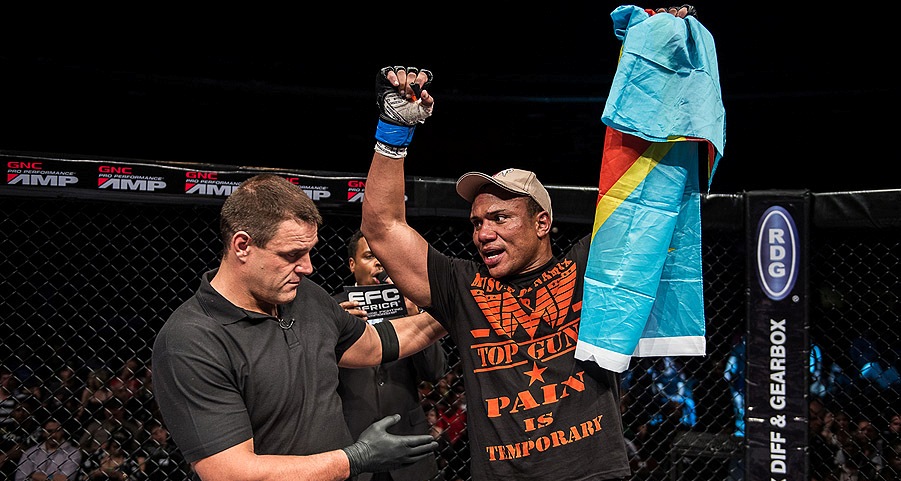 The event is headlined by a light heavyweight title fight, as champion Gideon Drotschie is set to defend his 205-pound strap for the second time when he meets Norman Wessels.

Drotschie boasts an unblemished record through five professional outings. The 27-year-old captured the belt at EFC 20 with a third-round submission of Danie van Heerden and stopped Fraser Opie via second-TKO at EFC 25.

Wessels is coming off a first-round submission victory over Chris du Pont at EFC 28 earlier this year. Wessels has been competing under the EFC banner since the promotion’s inception in 2009 and is a former EFC heavyweight champion. Five of the 34-year-old’s six career wins have come inside the first round.

In the co-main event, the promotion’s vacant heavyweight title will be on the line as Brendon Groenwald takes on Christophe Walravens. Groenwald enters the contest having won back-to-back fights over Vandam Mbuyi and Elvis Moyo. Walravens rides a three-fight winning streak into the title affair. All four of his career wins have come by way of knockout.

Above is a preview of the heavyweight title bout between Groenwald and Walravens.