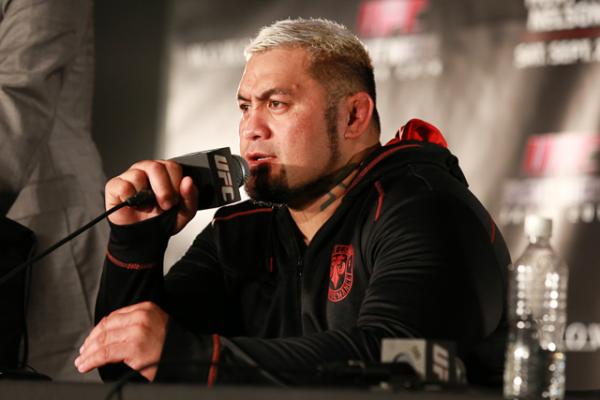 Welcome to the latest edition of the Combat Press Mid-Week Report! In this episode, staff writers Eric Reinert and Riley Kontek will recap the UFC doubleheader from this past weekend, preview UFC 180 and Bellator 131 and much more!

Can late-replacement Mark Hunt top Fabricio Werdum to capture his first MMA title at UFC 180? Will Dennis Bermudez get past Ricardo Lamas to record his eighth straight UFC win? What can we reasonably expect from the Tito Ortiz/Stephan Bonnar main event at Bellator 131?

UFC 180 takes place Saturday, Nov. 15 at Arena Ciudad de Mexico in Mexico City. The preliminary fights air on Fight Pass and Fox Sports 1 while the main card can be seen on pay-per-view beginning at 10 p.m. ET.

Bellator 131 is also on Saturday and comes to us from the Valley View Casino Center in San Diego, Calif. The night’s prelims begin at 7 p.m. ET on Spike.com and the main-card kicks off on Spike at 9 p.m. ET.