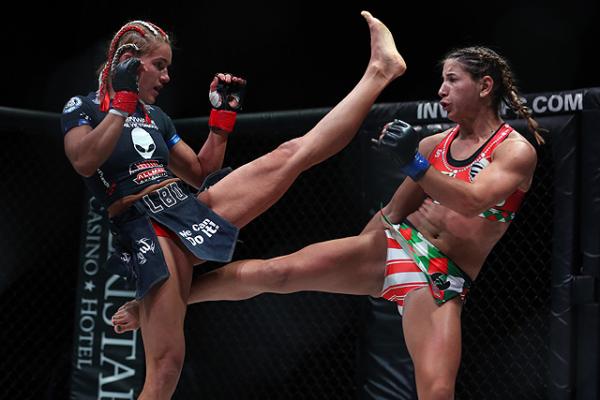 Following the 11th episode of The Ultimate Fighter 20, the UFC revealed the addition of six bouts for the TUF 20 Finale which takes place Friday, Dec. 12 in Las Vegas.

On the reality show’s final episode, which airs on Wednesday, Dec.10, Carla Esparza will take on Jessica Penne and Rose Namajunas faces off with Randa Markos to determine who will fight for gold at the Finale.

With the show’s semifinals set, the promotion has announced the match-ups for the remaining cast members. Only Justine Kish, who suffered a knee injury during the filming of the show, will not fight on the card.

Finally, Scotland’s Joanne Calderwood will welcome South Korea’s Seo Hee Ham to the promotion. Ham did not participate on the reality show, but is a former Jewels title holder.

The Ultimate Fighter 20 Finale takes place from The Pearl at the Palms Casino in Las Vegas and airs live on Fox Sports 1. The event will be headlined by the finals of the TUF 20 tournament, which will crown the UFC’s inaugural strawweight champion. The card also features featherweights Charles Oliveira and Jeremy Stephens, and two lightweight bouts as Daron Cruickshank takes on K.J. Noons and Yancy Medeiros meets Joe Proctor.