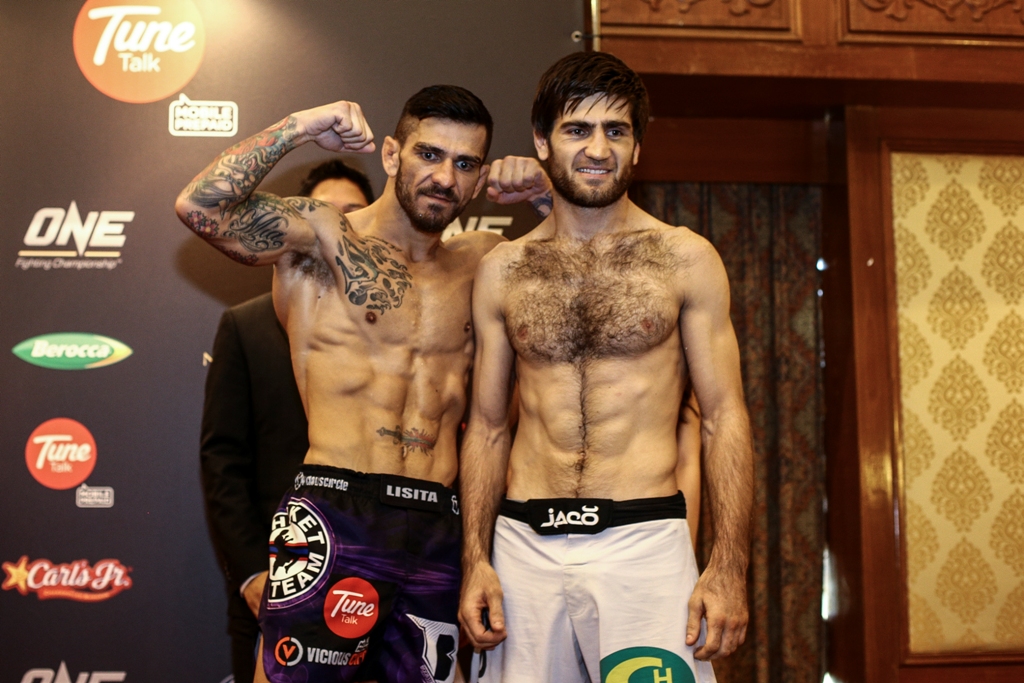 On Thursday, Oct. 16, ONE FC hosted the weigh-ins for its 21st event, dubbed “Roar of Tigers,” which takes place Friday, Oct. 17, from Stadium Putra in Kuala Lumpur, Malaysia.

In the night’s main event, a pair of featherweights lock horns as unbeaten former M-1 champion Marat Gafurov takes on Australia’s Rob Lisita. The 29-year-old Gafurov is a native of Dagestan and has submitted his opponent in five of his nine career wins. He edged Lee Morrison via decision in April. Lisita, meanwhile, will look to rebound from a submission loss to Eric Kelly in July at ONE FC 18. Prior to the loss, the 31-year-old had reeled off four straight wins, all via stoppage.

The co-main event of the evening features a lightweight affair between Peter Davis and Vaughn Donayre. Malaysia’s Davis ran his record to 8-3 with a second-round TKO win over Waqar Umar at ONE FC 14 in March. It marked the fifth win inside the ONE FC cage for Davis. The Filipino Donayre will be looking to snap a two-fight skid. After starting his career 7-0, Donayre has suffered back-to-back losses. He succumbed to a first-round armbar against Mohammed Walid at ONE FC 19 in August.