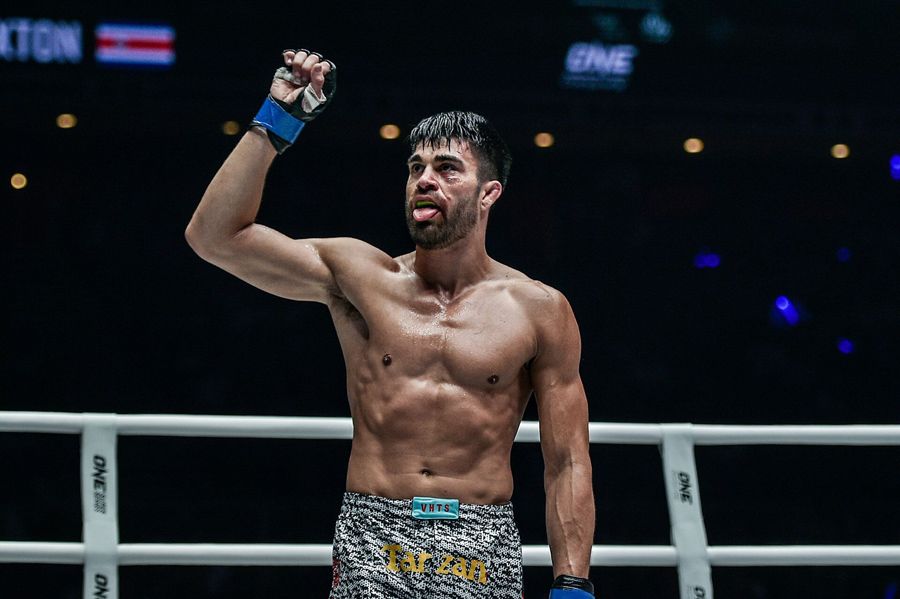 Ariel Sexton Discusses His Return Against Marat Gafurov at ONE 159

He was once a top contender in the jam-packed ONE Championship lightweight division. But injuries and the recent global pandemic helped put a halt to the rise of grappling ace Ariel Sexton.

At ONE 159: De Ridder vs. Bigdash, “Tarzan” will swing back into action after three years away from the Circle to face Marat Gafurov in a crucial lightweight bout.

The Costa Rican powerhouse is excited to get his career back on track against the former ONE featherweight champion after a couple of unfortunate delays.

“Yeah, so my last match was in Singapore, and I was preparing in the Grand Prix for the next semi-final,” Sexton told ONE. “And about 10 days before that match, I broke my arm for the third time, so I had to take a whole year off to get my arm back to normal. And then basically, the pandemic hit us.

“I didn’t really want to leave my academy in Brooklyn, and I just kind of stuck it out. And I just taught a lot. And you know, a lot of people were in need of Jiu-Jitsu, and I toughed it out in the city of New York. And all the while, of course, I was training and just kind of preparing. I wanted to get back into the cage. So time kind of just flew.”

Although he has not competed since February 2019, getting a former world champion in his return bout means Sexton has a chance to jump right back into the thick of things with an impressive performance.

But for the 40-year-old star, it is just about being his best self when the Circle door locks behind him. The inherent dangers of any opponent keep him sharp, and he is never ready to look past any athlete.

Even still, Sexton’s confidence radiates as he makes it clear that he’s looking to send Gafurov away from the sport for good.

“I don’t know where his mindset is right now. But I think that I’ll probably retire him, you know? Because I think that he’s been through a lot of wars. And I don’t know if this is the right war for him. Because, as I said, I’m really hungry, I have nothing to lose, and I’m going to win the fight.

“So he’s going to have to go to a really dark place to take me out and to break me mentally, you know? He’s a tough guy; he’s great. He’s a good fight for me. I’m excited about him, I think I have many things better than him. So that’s why we accepted the fight, like right away.”

The matchup is guaranteed to be engaging. Gafurov rose to stardom with a string of rear-naked choke finishes, but Sexton may be one of the best pure grapplers in the lightweight division today.

While their two strengths collide, Sexton also notes the intangibles that Gafurov brings into the bout, given that he is a previous champion on the global stage.

But he also sees holes in his game that he can exploit on Jul. 22.

“I don’t think he has the endurance to go into deep waters with me. I’ve watched his fights. He usually kind of tails off, and his gears change, you know? The first round, he’s pretty strong. And in the second round, he’s not the same person, where most of the time that’s when I get a second wind, and I take off.”

And that is when Sexton expects a finish.

The Costa Rican believes he will get a second-round submission once he tires Gafurov out in the grappling exchanges. Once he secures the tap, Sexton will immediately begin looking upward at the top-five ranked lightweights, where he believes he belongs.

Considering ONE lightweight champion Ok Rae Yoon failed to finish Gafurov, Sexton believes a finish over the “Cobra” should put him in contention for the gold.

“I would hope that they look at me as someone to invest in and to promote me, you know,” Sexton said. “I’m always kind of fighting as an underdog. So definitely anything other than a finish in his fight, I’ll be disappointed. And when I win, and I have the streak together, we’ll see who I match up with next. I think that I should be ranked in the top five too, right.