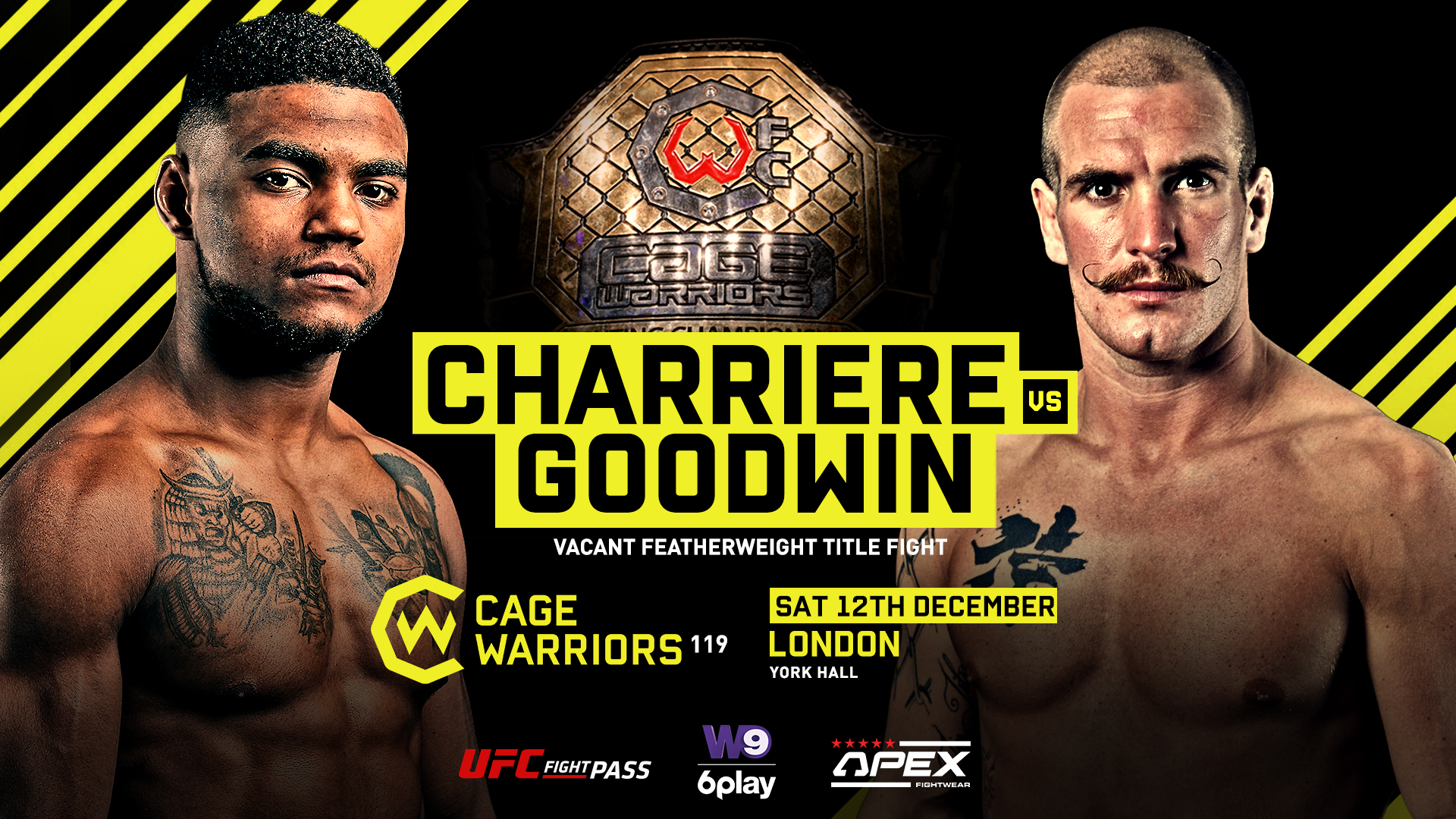 On Saturday, Dec. 12, Cage Warriors hosted the third of three straight events in as many days, with its 119th show from York Hall in London, England.

The event is headlined by a pair of title fights. In the headliner, Morgan Charriere battled Perry Goodwin for the vacant featherweight belt. Meanwhile, the co-main event pitted Jack Grant against Agy Sardari for the vacant lightweight title.