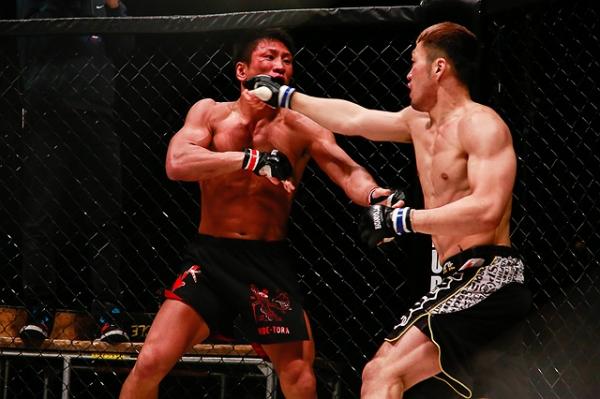 One to Watch: UFC on ESPN 18 – Miguel Baeza vs. Takashi Sato

With the UFC’s full-steam-ahead schedule, it’s been difficult to keep up with the many recent bookings in the company. This weekend, however, fans should be excited about the welterweight clash between the undefeated Miguel Baeza and Japan’s Takashi Sato. Both men have 100 percent finishing rates, each with two knockouts, in the UFC. Moreover, with solid fundamentals on each side and predatory finishing ability, there is a high likelihood that this fight won’t last all three rounds.

Baeza is an undefeated kickboxer who first came onto the scene through Dana White’s Contender Series. Baeza, who was 6-0 entering his Contender Series bout, defeated the more experienced Victor Reyna by unanimous decision while dropping Reyna in the process. Baeza was subsequently awarded a UFC contract and debuted in the promotion in October 2019. At UFC on ESPN+ 19, he finished Hector Aldana. After a close first round, which Baeza edged through volume and a takedown, “Caramel Thunder” began the second round with more volume. He used thundering leg kicks to drop Aldana and then finished the Mexican fighter with strikes on the ground.

In May, Baeza was paired with UFC veteran Matt “The Immortal” Brown at UFC on ESPN 8. The pair exchanged in a frantic opening round, with Brown stunning the prospect on numerous occasions. However, Baeza showed good survival instinct, tying Brown up in the clinch and dropping him at the end of the round with a clean one-two. Continuing with the momentum he had just gained, Baeza dropped Brown just 20 seconds into the second round. A perfectly timed left hook sent Brown to the canvas, with Baeza unleashing strikes until the referee intervened. Baeza became one of only three men to knock out “The Immortal,” a veteran revered for his toughness and durability.

Sato came up through the Japanese circuit, where he even fought for the Pancrase crown. In that effort, he was defeated by Glaico França. Sato rebounded well against Matt Vaile at Pancrase 300, though. He finished Vaile via second-round TKO after being dropped in the same round. He was awarded a UFC contract off the back of this performance.

Sato fought veteran Ben Saunders in his UFC debut. He controlled the distance in the first round with patient, measured footwork to keep Saunders circling. Saunders stunned Sato with a right hook, but the Japanese fighter stayed calm and weathered the American’s flurry. The second round started similarly to the first, with Sato controlling the center of the Octagon. Around one minute in, Sato threw a straight left to drop Saunders. Piling on the pressure, he continued with a flurry of vicious elbows to force referee Larry Downs to intervene. After the end of the fight, Saunders got to his feet, but he flailed around the cage. Struggling to gain his balance, Saunders fell again and had to be assisted in standing up. This scene further demonstrated the extent of Sato’s power.

Sato lost his next fight to Belal Muhammad at UFC 242. After a 10-month layoff, with numerous canceled bookings, Sato returned against Jason Witt at UFC on ESPN 12. Around 30 seconds in, he fired his signature straight left and dropped Witt. A stunned Witt attempted a single-leg takedown, but this was shrugged off by Sato, who kept his balance and reversed the position. From there, he launched two uppercuts with Witt on his knees, further dazing the American. As Witt curled up and covered, Sato swarmed with several big left hooks. With no escape by Witt, referee Chris Tognoni stopped the bout, awarding Sato the 48-second knockout.

Despite outstanding performances on both sides, these men have been hurt in the Octagon. Baeza was stunned by Brown in their fight, and he had to show survival capability from Brown’s onslaught. Meanwhile, Sato was hurt by a right hook from Saunders in their fight, stumbling back as the strike landed. While both fighters came back in their respective contests, each has shown that they can be hurt early. Furthermore, as both are southpaws, the advantages gained from predominantly fighting orthodox opponents will be diminished. It will be of further interest to see how each adapts to this.

Both Baeza and Sato are exciting prospects in the UFC’s welterweight division. Whilst experience clearly sides with Sato, who has more than double the fights of Baeza, “Caramel Thunder” is the one who boasts an undefeated record. The confidence that resides with an unbeaten prospect cannot be discounted, but Sato’s losses will have taught him valuable lessons. With a combined 18 knockouts and 100 percent UFC finishing rate between these two warriors, don’t be surprised if we don’t see the final bell.

The fight is positioned as the second bout on the main card, and it’s a worthy appetizer to the light-heavyweight main event.