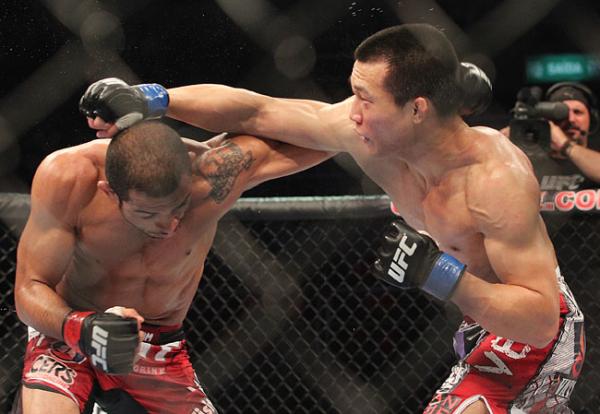 On Saturday, Dec. 21, the UFC hosted its 23rd event on ESPN+, touching down at the Sajik Arena in Busan, South Korea.

In the night’s main event, former lightweight champion Frankie Edgar stepped in on short notice to take on South Korean featherweight Chan Sung Jung, better known as “The Korean Zombie”. Edgar was scheduled to make his bantamweight debut in 2020 against Cory Sandhagen, but the former titleholder stepped up when Jung’s original opponent, Brian Ortega, withdrew due to injury. The New Jersey native wass coming off a failed title bid against then-champion Max Holloway. Jung, meanwhile, was fresh off a first-round destruction of Renato Moicano in June. The former title challenger had earned seven post-fight bonuses in his seven Octagon appearances.

In the first round, Jung dominated from the get go, leading to a TKO just past the three-minute mark.