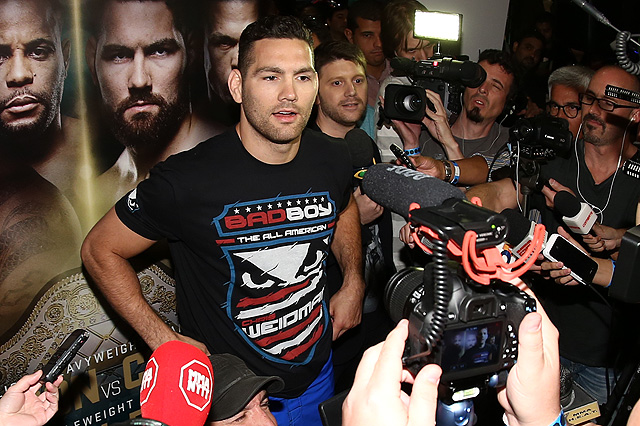 UFC 205 will be chock-full of stars and title fights for the return of MMA to the state of New York. Fight fans will get to see fighters like Conor McGregor, Tyron Woodley and hometown guys like Frankie Edgar and Chris Weidman. It’s a huge card that will feature three title fights. It could possibly be, on paper, more stacked than UFC 200 and even top UFC 100, the biggest tentpole event in UFC history. The promotion is going all out in its venture into the biggest untapped market in the world.

This has been a long time coming. The reasons behind MMA’s ongoing absence in New York were, frankly, ludicrous. Now, after years of battle on legislative floors and in courtrooms, it’s finally happening. Mixed martial arts — and the UFC, specifically — will set down in New York. It will be a historical experience regardless of who is on the card. The UFC is coming to the “World’s Most Famous Arena,” Madison Square Garden, for the first time.

The UFC went a different route for this card. There aren’t many hometown guys in the lineup. Yes, Edgar, Weidman, Rashad Evans and Lyman Good are there, but the card is missing plenty of other fighters. Jon Jones, Aljamain Sterling, Al Iaquinta and Gian Villante are among the most notable omissions.

The fans want to see good fights, though, and this card is brimming with them. Eddie Alvarez and Conor McGregor clash in a lightweight championship tilt to top the bill. Tyron Woodley defends his welterweight strap against Stephen Thompson, and Joanna Jędrzejczyk puts her belt on the line against Karolina Kowalkiewicz. Weidman collides with Yoel Romero, Donald Cerrone and Kelvin Gastelum throw down, Miesha Tate fights Raquel Pennington, Edgar draws Jeremy Stephens, Evans gets Tim Kennedy and Good clashes with Belal Muhammad. This makes it easy to overlook additional compelling match-ups like the lightweight contest that pits Khabib Nurmagomedov against Michael Johnson, as well as the appearance of undefeated women’s bantamweight competitor Katlyn Chookagian in a fight against Liz Carmouche. That’s a lot of fight card right there.

New York isn’t some flyover state. This is the biggest sports market in the United States. This is where champions and legends from every sport have lived and played. This is where big fights have happened and titles have been won and lost.

The UFC didn’t need to bring the hometown guys for this event to be hugely successful, but they’re a great added piece of the puzzle. Weidman will be fighting for another crack at the UFC middleweight title. Edgar will look to make his march back to featherweight title contention.

This needed to be a big card regardless of what state the fighters called home. If a fight couldn’t be made, fine. This is New York, after all, where diversity is what makes the city run. McGregor and Alvarez will surely put on a main-event fight that is worthy of headlining status for the first card in Madison Square Garden. That would be a bet I’d be willing to make.