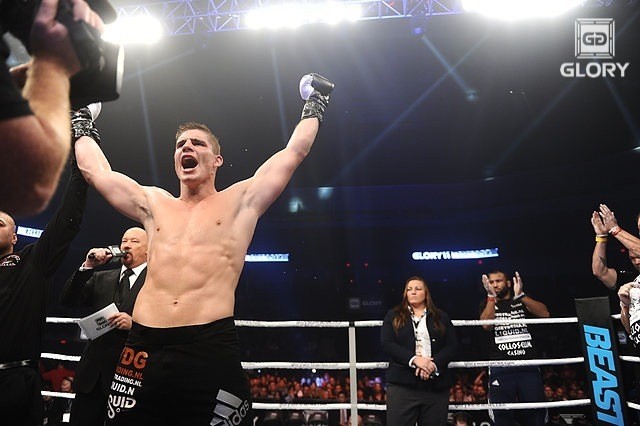 GLORY’s next kickboxing event has a date and location.

On Monday, the promotion revealed that GLORY 19 will take place from the Hampton Coliseum in Hampton, Va., on Friday, Feb. 6.

The event will be headlined by a heavyweight title tilt between current champion Rico Verhoeven and power-punching veteran Errol Zimmerman. The bout will be the third meeting between the two, as “The Bonecrusher” knocked out Verhoeven in under a minute in 2012 under the It’s Showtime banner, with Verhoeven exacting revenge at GLORY 9 in 2013 via decision.

Verhoeven will be making the first defense of his GLORY belt. He captured the title in June with a decision win over Daniel Ghita. The win over Ghita moved the 25-year-old’s record in the GLORY ring to an impressive 7-1, including wins over Peter Aerts and Gokhan Saki.

Zimmerman, meanwhile, will look to put gold around his waist after winning the GLORY 16 contender’s tournament in Denver last May. On that night, the Curaçaoan fighter scored back-to-back first-round stoppages over Ben Edwards and Anderson “Braddock” Silva. The 28-year-old has won three of his last four outings.

The night’s main card will air live on Spike TV. Additional bouts for the event, including the participants in the one-night, four-man welterweight contender tournament, will be announced in the coming weeks.