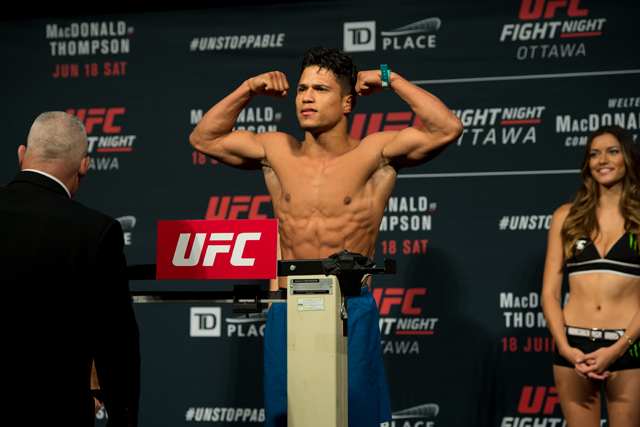 The Quiggin’ Out MMA podcast returns this week with UFC veteran Geane Carlos Herrera, who will be making his Bare Knuckle Fighting Championship debut on Oct. 19 in his hometown of Tampa, Fla.

Herrera discusses his time inside the Octagon, the struggles he faced inside and outside the cage, his family, and his desire to compete. He also discusses his opponent, Abby Velazquez, and the history that these two fighters have as Tampa Bay natives who came up in the same local MMA circles.

The BKFC 8 main event features UFC veterans Gabriel Gonzaga and Antonio “Bigfoot” Silva, both of whom are making their bare-knuckle debuts. The card is packed with Florida-based fighters, including the aforementioned Herrera and Velazquez, as well as Jim “The Bareknuckle Beast” Alers, Reggie Pena, Lorenzo Hunt, Walber Barros, and former Invicta fighter Delaney Owen.