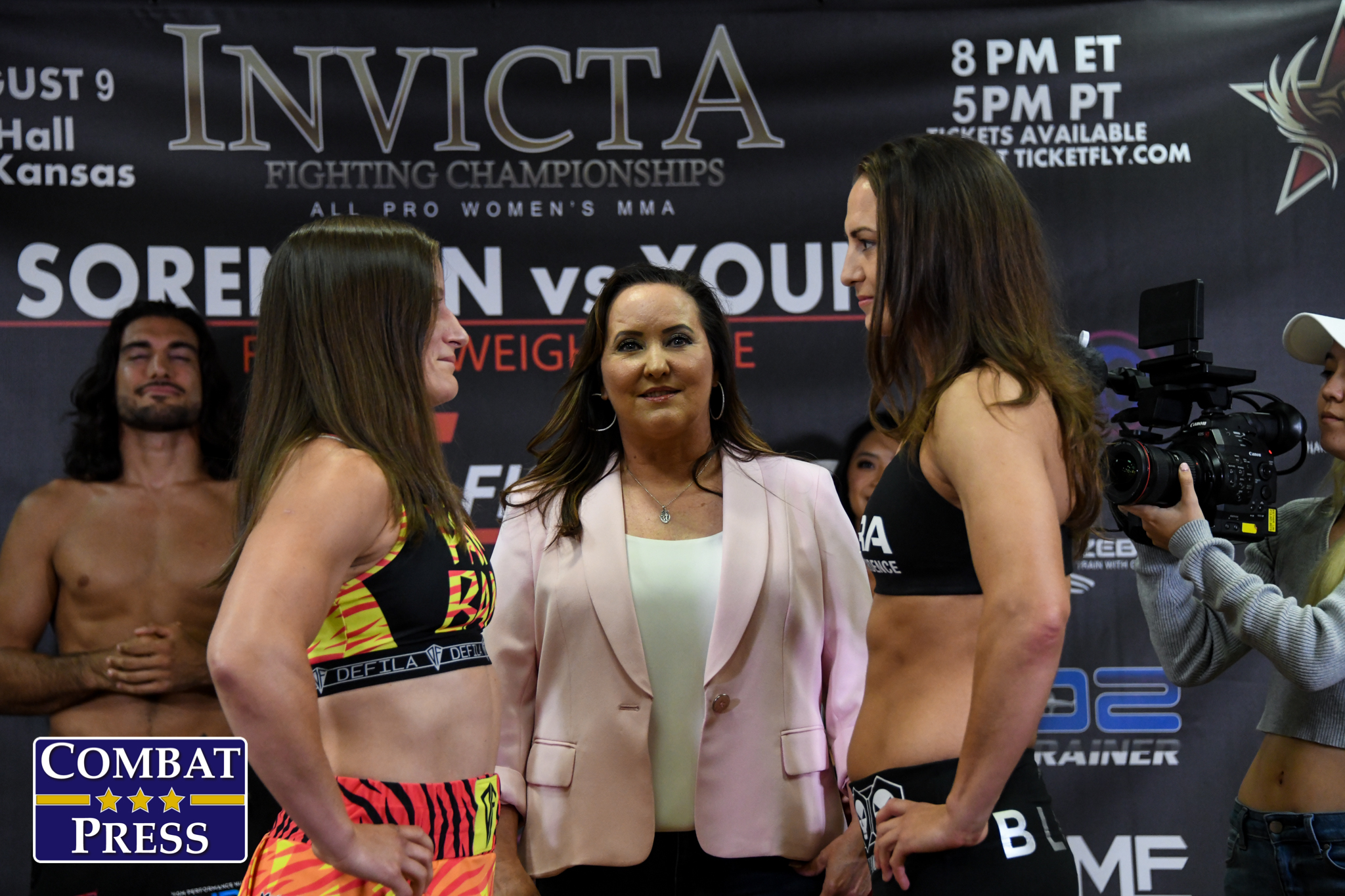 In the night’s main event, the promotion’s vacant featherweight title will be up for grabs as Minnesota fighters Pam Sorenson and Kaitlin Young collide. The 33-year-old Sorenson will try to rebound from a failed bid for Invicta gold against Felicia Spencer last year. Young recently returned from four years away from MMA competition and has reeled off three straight wins, including back-to-back stoppages inside the Invicta cage.

The co-main event features former strawweight title challenger Janaisa Morandin, who takes on former Bellator flyweight contender Emily Ducote. The Brazilian Morandin aims to bounce back from a submission loss to then-champion Virna Jandiroba in her last outing. Oklahoma’s Ducote has spent the majority of her career competing as a flyweight, but made a successful return to 115 pounds in February of this year.

Below are photos of the event’s weigh-ins shot by Kiara Kaiser of Combat Press. Click an image for a larger version.