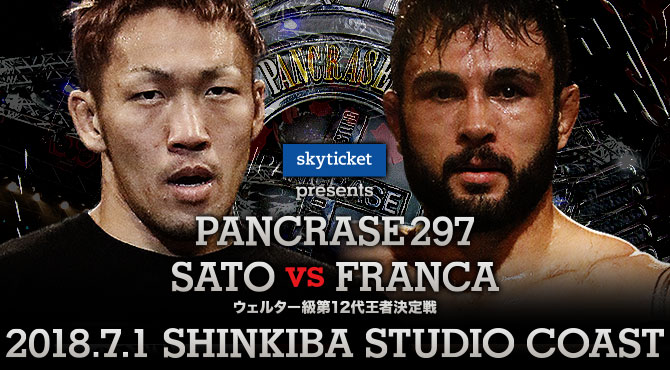 In the night’s main event, Takashi Sato took on Brazil’s Glaico França for the vacant welterweight King of Pancrase title. Japan’s Sato had finished four of his past five fights inside of the first round. França has now racked up six straight victories..

The event aired live at 1 a.m. ET on UFC Fight Pass. Check back following the event for the full results.