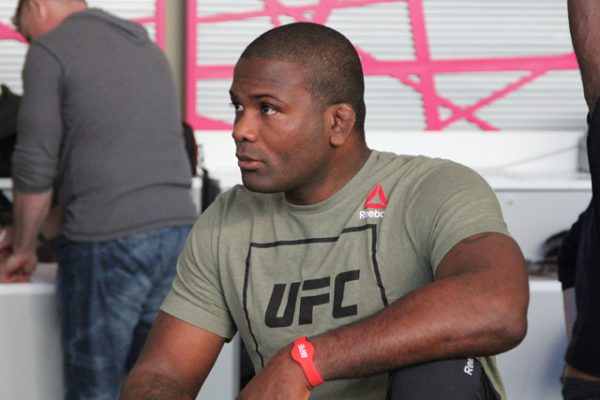 American Top Team is one of the most well-respected gyms in the world. There’s good reason for this, too. Countless times, an already capable fighter will come down to Coconut Creek, Fla., to train, only to end up staying and making ATT their new home. Why?

It really comes down to preference. However, if you ask an ATT fighter what it is that they love about the South Florida gym, more times than not they will say it has to do with coaches Mike Brown and Din Thomas.

Brown and Thomas are UFC veterans who have really found their passion in teaching and passing down all their accumulated knowledge to the up-and-coming generation of talented martial artists.

“The funny thing is, we don’t even work together that often,” Thomas told Combat Press. “We influence fighters heavily. We are both old-school guys who have been through it all, and I think the fighters feel that.”

It’s admirable how incredibly tough and durable Thomas was through his 13-plus years as a fighter. He compiled 26 wins over the course of 36 pro fights. He stepped inside the UFC’s Octagon on nine occasions and competed on the fourth season of The Ultimate Fighter.

Now that he has transitioned into the role of coach, Thomas has a unique perspective on not just what happens in the cage, but what goes on in between rounds. He has to assess how his fighter is doing and provide them with advice before sending them back out there for the next round.

Recently, Raquel Pennington’s corner came under fire for sending their fighter back out for another round against Amanda Nunes for the UFC women’s bantamweight championship. Pennington said she was done as she sat on the stool between rounds four and five, but her corner did not throw in the towel.

The critics believe Pennington’s corner should have done a better job to protect their fighter, but it’s not always so simple.

“If we stopped a fight every time a fighter said they didn’t want to go out there and fight, there would be no fights. We wouldn’t even make it past weight cut. In almost every weight cut, a fighter will say he has had it, he’s done, he’s never doing this again.”

In Thomas’s view, the Pennington situation has been blown way out of proportion. In today’s world, nearly everything is about optics.

“I don’t think this is even an issue if Pennington is a man,” said Thomas. “If this was Stipe [Miocic, UFC heavyweight champion] that wanted out and his corner talked him into going back out here, then his corner is being praised on Monday.”