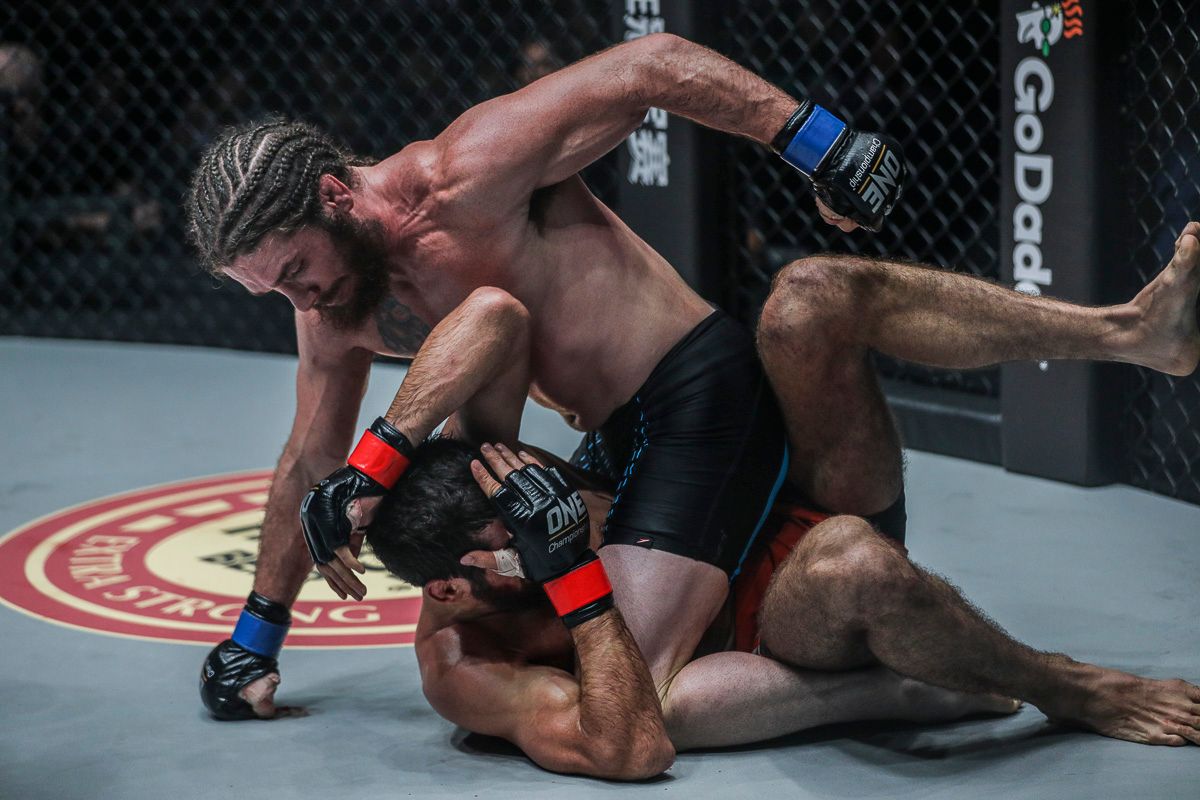 James Nakashima gave ONE welterweight world champion Kiamrian Abbasov a stiff challenge in 2020, but a well-timed knee changed the course of the bout – and ultimately handed Nakashima his first career defeat. The American returned to ONE Championship less than three months later to take on grappling ace Shinya Aoki in a lightweight battle. In less than three minutes, the Japanese fighter took his back and made him tap to a rear-naked choke.

The back-to-back losses forced Nakashima to take time off and reflect on what went wrong. Now, he will make his return to the ONE Circle, taking on Khabib Nurmagomedov’s protege, Saygid Izagakhmaev, on Friday, Jan. 14, at ONE Championship: Heavy Hitters.

“I just think, looking back on it, I was a little bit rattled after that title fight loss and trying to chase my loss a little bit,” said Nakashima. “I just wasn’t mentally prepared to go in there and fight somebody like Shinya.

“I feel like I’ve always performed well when my back’s against the wall. And, after two losses in a row and another tough opponent coming up, I think more for me instead of thinking so small about the wins and losses. I feel like my back is against the wall to have a really great performance.”

In planning for his upcoming bout, Nakashima has focused on honing his all-around skills. The Arizona resident has made changes to his camp that he feels will make him a threat on the feet – and the mat should the Russian take him down.

“I’m working with the best local kickboxer in Phoenix, Nick Chasteen,” said the Illinois native. “He’s a GLORY kickboxer, and I’ve been with him for a year, and we’re running our camp together. “I’ve been going over to ‘Sugar’ Sean O’Malley’s gym on Fridays. It’s where the best jiu-jitsu guys in Phoenix, kind of, meet up, and we spar for an hour, just hard eight-minute rounds. Augusto ‘Tanquinho’ Mendes is there too. There’s just a lot of really good grapplers.

“That really helped my grappling, and then from there, in the second half of the year, I started doing a lot of jiu-jitsu competitions. I got ten really high-level jiu-jitsu matches, and I feel like that made my grappling better too. I feel a little bit quicker. I know specific positions that I want to get to.”

While he has made changes to his camp, Nakashima was adamant that the MMA Lab and John Crouch remain the backbone of his preparations.

Ahead of ONE: Heavy Hitters, there’s a lot of buzz around Izagakhmaev, in part, because of Nurmagomedov’s stamp of approval. But the 33-year-old American is not fazed by the hype.

Izagakhmaev will have his friend and mentor in his corner on the night, and Nakashima sees this as a positive for him as well. He feels that having a chance to showcase his skill set in front of “The Eagle” will serve as extra motivation.

Even with Nakashima’s growing confidence, he still feels his upcoming bout will be hard-fought. The collision of Russian and American grapplers gives him the belief that it’ll be a grind when the bell rings. But he intends to outperform his opponent and score an emphatic victory.

“I think winning and losing is, kind of, too small thinking anymore,” said Nakashima. “I need great performances, I need to finish this guy, I want to finish this guy. I think I can get around his neck somehow. A high-elbow guillotine or a rear-naked choke. That’s what I see.”