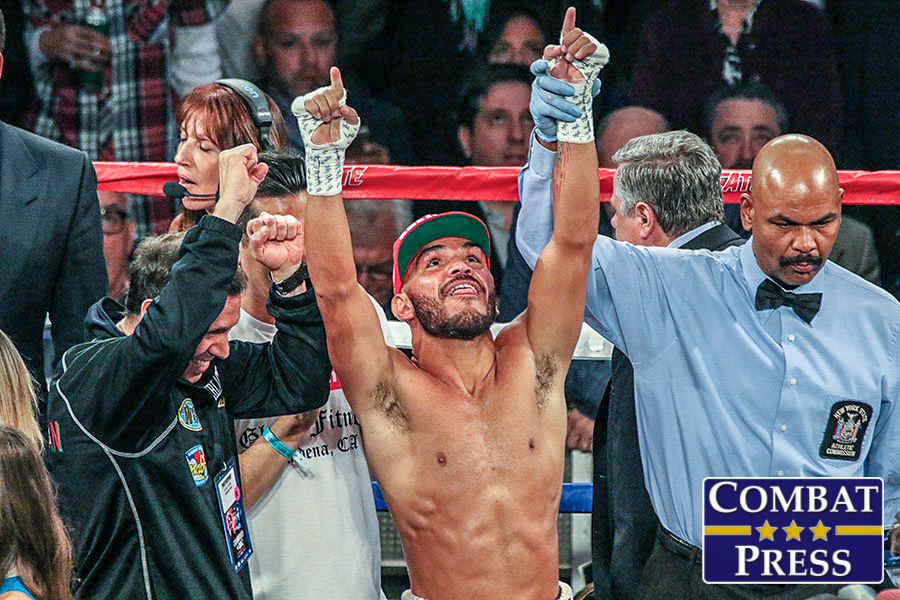 Both title fights will be televised live at 9 p.m. ET on ESPN.

Top Rank’s Bob Arum commented on the night’s card, “There isn’t a more inspiring story in boxing than Ray Beltran’s, It hasn’t been an easy road for Ray, but he has more than met the challenge time and time again. I can’t think of a better way to start Ray’s 2018 season than with this tremendous world championship fight. I am also looking forward to seeing the welterweight battle between Egidijus Kavaliauskas and David Avanesyan which should be nothing but fireworks. And no one lights up a night better than Shakur Stevenson, with his fast hands and bright smile. ”

Beltran shared his thoughts on his headline bout, “I’m excited about this fight for many reasons. I’m fighting for myself, for my
18 years I have worked to become a world champion, I am fighting for my family, my wife, and for my children to be proud of me. When you’re a champion, you are a champion forever. I am fighting for my team, the people who have been with me from the start. It’s easy when you are on your way up to have fans, but my true fans have been with me at my lowest, and stayed through my highs in life. This fight means everything to me, a victory will also seal my green card. For me to be world
champion, and a citizen of this country, this is my dream. I respect my opponents always, but this is my destiny, and no man will get in the way of that. I’m ready to prove to everyone that I am the most dangerous lightweight in the world. I’m coming Feb. 16th to take what was mine in Scotland, and when I leave Reno I am leaving as the WBO world champion.”

Finally, Stevenson expressed his eagerness to continue his success in Reno, “I’m ready to kick off 2018 in my first eight-round fight. I’ve been wanting to go eight rounds for awhile now and I’m excited to finally get the opportunity in my first fight of the year. I’m undefeated in Reno and won four national titles there in the amateurs, including the 2016 Olympic Trials, so I plan to keep that streak going.”