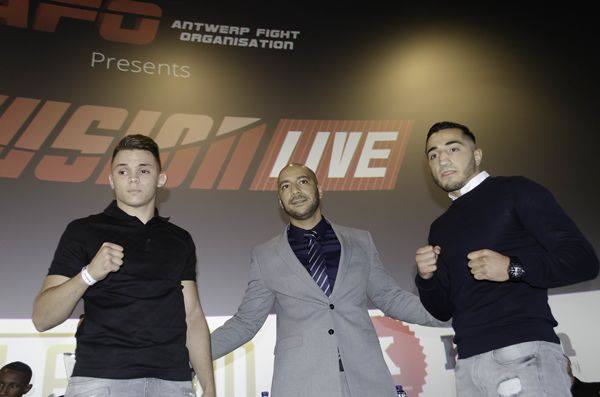 The Enfusion League started with a bang after the eventful Enfusion Live 41 from the Lotto Arena in Antwerp, Belgium on Saturday, Sept. 17. The six-man, round-robin tournament features many of Europe’s top 72.5-kilogram fighters vying for the 200,000 Euro grand prize.

The first round match-ups delivered on their promise of excitement. French Muay Thai champion Crice Boussoukou and Enfusion 70-kilogram champion Jonay Risco needed an extra round to decided their closely contested bout. Enfusion 72.5-kilogram champion Tayfun Ozcan took home the second win of his exciting trilogy against Moroccan super prospect Mohammed Jaraya as Jaraya couldn’t keep up with his Turkish counterpart. Moroccan kickboxing star Nordin Ben Moh earned the decision over Kunlun Fight veteran Serginio Kanters after three thrilling rounds. The promotion made the video of the third fight in the Ozcan-Jaraya rivalry available on their YouTube channel. The rest of the event videos can be watched on Enfusion’s website for a fee.

Follow Combat Press for all of the upcoming Enfusion League action.