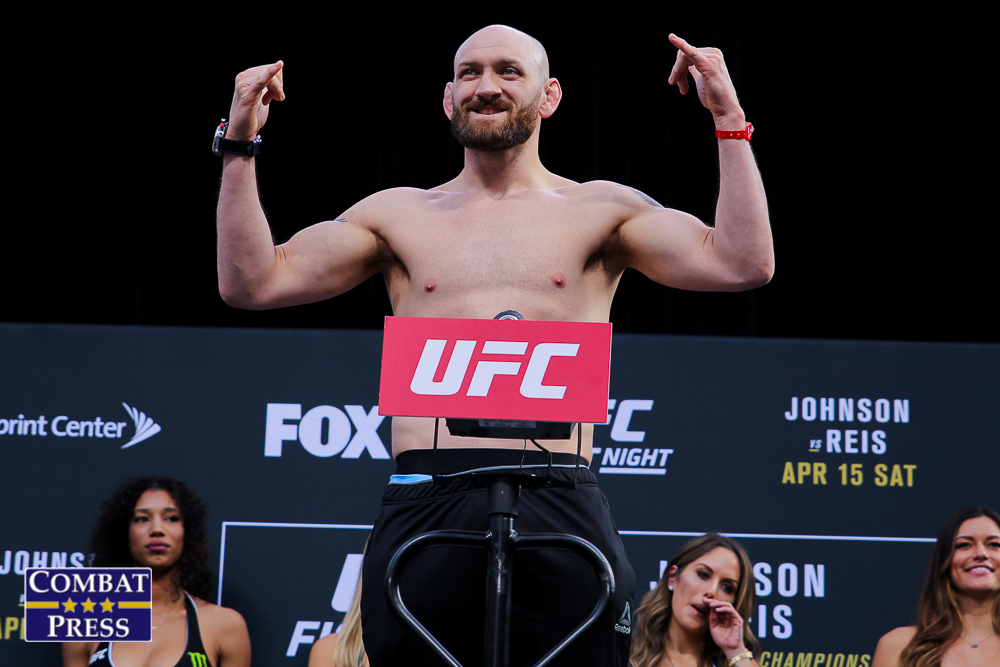 Zak Cummings Off UFC Fight Night 124 Due to Injury

The UFC’s first visit to St. Louis has lost one of its preliminary-card bouts.

Combat Press has confirmed through sources close to the situation that welterweight Zak Cummings suffered an injury and is out of his bout with Brazilian Thiago Alves. The sources have chosen to remain anonymous as they were not authorized to speak publicly on the matter.

Kansas City’s Cummings was seeking his third straight victory against the former title challenger Alves. Prior to the scheduled match-up, Cummings had submitted Nathan Coy and Alexander Yakovlev in back-to-back Octagon appearances.

Alves, meanwhile, looked to build on a decision win over former middleweight title challenger Patrick Cote in his last outing.

Due to the last-minute nature of Cummings’ injury, Alves has also been removed from the card.

UFC Fight Night 124 takes place from the Scottrade Center in St. Louis. It is headlined by featherweight match-up between veteran Jeremy Stephens and South Korea’s Doo Ho Choi. The night’s main card airs live on Fox Sports 1, with the preliminary card being split between Fox Sports 1 and UFC Fight Pass. The bout between Cummings and Alves was expected to kick off the televised portion of the event. As such, the women’s bantamweight bout between Irene Aldana and Talita Bernardo has been promoted to the televised broadcast.