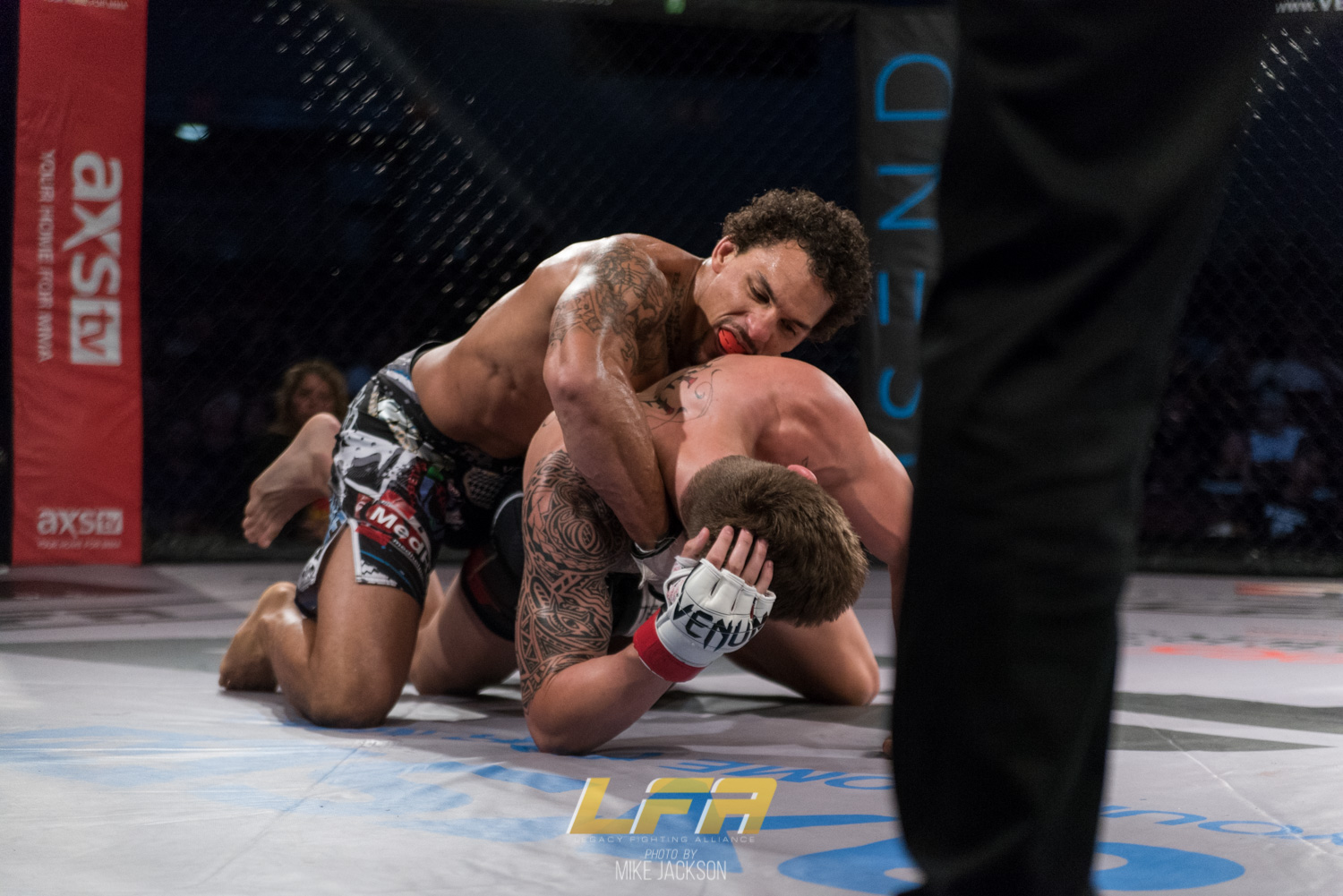 Sometimes a post-fight call-out goes just as you had hoped it would. Case in point, “Ya Boy” Eryk Anders.

Many people scoffed when Anders took to the mic after his decision victory over Markus Perez and called out the Brazilian legend Lyoto Machida. The fact that Anders wanted to go down to hostile territory and knock off “The Dragon” in his homeland made this call-out that much more ballsy.

With two impressive victories under his belt in the UFC, Anders effectively put his fellow middleweights on notice following his call-out of Machida.

“Lyoto is a legend,” the former Crimson Tide linebacker told Combat Press. “I have all the respect for him in the world, but I’m going into Brazil, into his hometown. I’m winning this fight.”

Anders doesn’t mind putting himself into typically uncomfortable scenarios. After all, there isn’t a line of guys banging on UFC matchmaker Mick Maynard’s door to go fight a UFC legend in hostile territory. Anders thrives in it, though.

Has Anders always had ice water running through his veins?

“Yeah, I guess you could say that,” said Anders. “Coach [Nick] Saban always did and still does do a great job with everything, especially molding and leading men.”

Anders is a cool customer, but was he the least bit concerned when his Alabama Crimson Tide were down by 13 points heading into halftime of this year’s college football National Championship game?

“No, not at all,” said Anders. “I know Coach [Saban]. Bottom line, you got to figure out how to get it done. Whatever it is you’re trying to do, you just got to do it.”

Saban, the head coach of the Crimson Tide, did figure out a way to get it done. He coached his team to yet another national title with a 26-23 final score against the Georgia Bulldogs. The state of Alabama doesn’t have any professional sports franchises, so the college football program at the University of Alabama means everything to the people of the Cotton State.

Anders, too, has an affinity for his home state. He opted to stay and train locally rather than relocate to a more well-known gym.

“I have everything I need right here,” Anders said. “Never say never, but for now I’m good here.”

With an undefeated record of 10-0, he sure seems to be good right where he’s at. The next stop is UFC Fight Night 125 on Feb. 3. Anders will have to conquer a dragon. That’s what he asked for, after all.