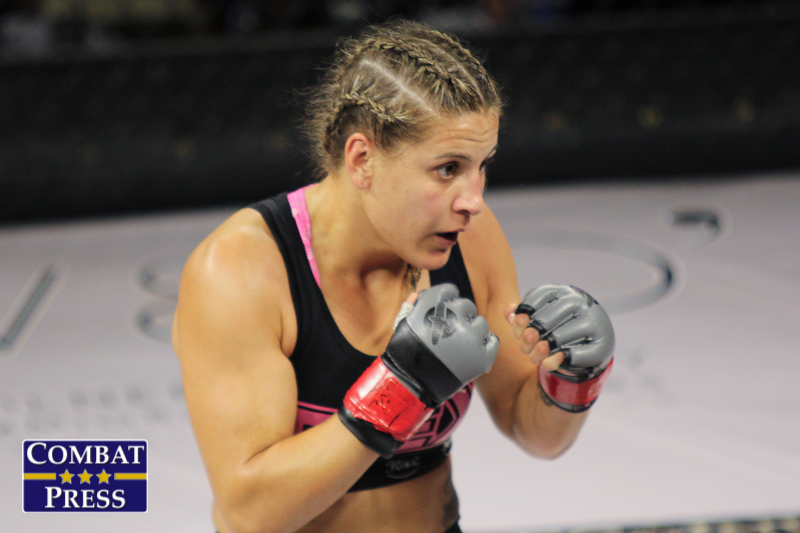 In the night’s main event, flyweight champion Jennifer Maia took on undefeated Polish fighter Aga Niedźwiedź. Brazil’s Maia had been out of action since successfully defending her belt against recent UFC title challenger Roxanne Modafferi at Invicta FC 19 last September. Niedźwiedź, meanwhile, had opened her career with 10 straight victories, including a decision win over Brazilian veteran Vanessa Porto in May.