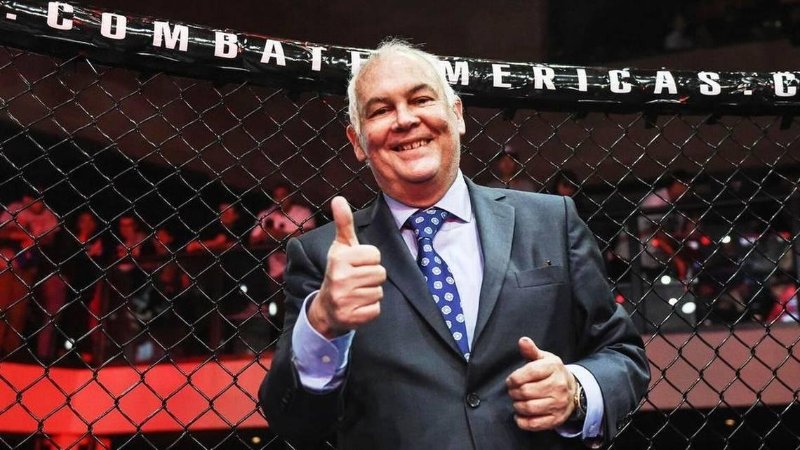 When Combate Americas was formed, Campbell McLaren’s mission was to showcase a combat sport to the Hispanic community in the form of new stars and exciting fights. In its brief yet eventful existence, the promotion has delivered just that to viewers.

Momentum is continuing to grow as the promotion comes off another successful event, Combate 19: Queen Warriors. Held earlier this month at the Freeman Coliseum in San Antonio, the card featured fighters from both near and far. The event delivered on McLaren’s intent to bring exciting fights.

Federico Olivera delivered a 10-second knockout. Local fighter and fan-favorite Ray “The Judge” Rodriguez scored a knockout of his own. Combate America’s stalwart, Kyra Batara, continued to show her evolution as a fighter.

Batara, featured in the main event, defeated Paulina Granados. Batara utilized her strong grappling base to stifle any and all attempts by Granados to make the fight competitive.

“I’m just amazed at the change of talent we’re seeing in our roughly two and a half, three years,” said McLaren, reflecting afterward in an interview with Combat Press. “We started with Kyra, and we’re just continuing to grow. The reality for us is that all the great fighters 25-35 years old are signed. We can say where they’re at — they’re all at the UFC. So, what do I have to do? We have to find that next generation, and that’s what I think we’re starting to show.

“My fighters are 21, 22 years old, right? They’re babies. And yet they’re putting on a show like this. It’s amazing. I think we have the best 22, 23 year olds in the world. Give them a couple years — they’re still babies — and you’ll see the talent like you saw tonight and you saw at our past few shows, this is the talent everyone will know in five years. I guarantee that will come true.”

McLaren was faced with an uphill battle from the beginning. The reality with the UFC having many of the top Hispanic fighters in the 25 to 35 age range is true. It was up to McLaren to make this work with the talent pool available. He had to trust in his process of building a new generation of fighters. The faith that his fighters will deliver has rewarded him thus far. As a result, the promotion has found success rather early in its existence. All according to plan, right?

“Oh, fuck no!” McLaren responded with a laugh. “Damn no. All the no’s. I think what has happened, my idea was to show a more active style of MMA, a more stand-up style, boxing style of MMA. And I thought that’d work, and it has. Did I think we’d be beating the UFC in Spain and Mexico and in Spanish in the U.S., and in a year going on these TV networks? No. Are we doing it? Yes. Soccer is the number-one sport in Mexico, but I think we are rapidly becoming number two.”

This sentiment is shared with another of Combate Americas’ employees, pro-wrestler Alberto Del Rio, who has built a working relationship with McLaren and, as a result, has been active in promoting the events and bringing in a wider audience.

“I would be lying if I thought we’d be this far so soon,” Del Rio told Combat Press. “We had a plan and we knew where we wanted to take this, but we never thought it’d happen that fast. We feel blessed. I’m not gonna say lucky, because there’s no luck with it. We’ve been working very hard, picking the right fighters, and the fighters have been giving everything inside that cage. And as a company, we’re giving them a place to shine.”

For Del Rio, the time at Combate Americas has been great.

“I’m loving it,” said Del Rio. “Look, I lost my voice again. This company, you saw it, this company is a family company. We’re friends. We love all our fighters. For me, it’s so hard to call the fights. I invested time with these fighters. I love them all. They’re fantastic people.”

Now, with 2017 coming to a close, Combate Americas has an opportunity to take its momentum and turn 2018 into the company’s most successful year yet. More locations and events are in the works, and if all goes planned, the vision of Combate Americas becoming the No. 2 sport in Mexico will look more and more likely.