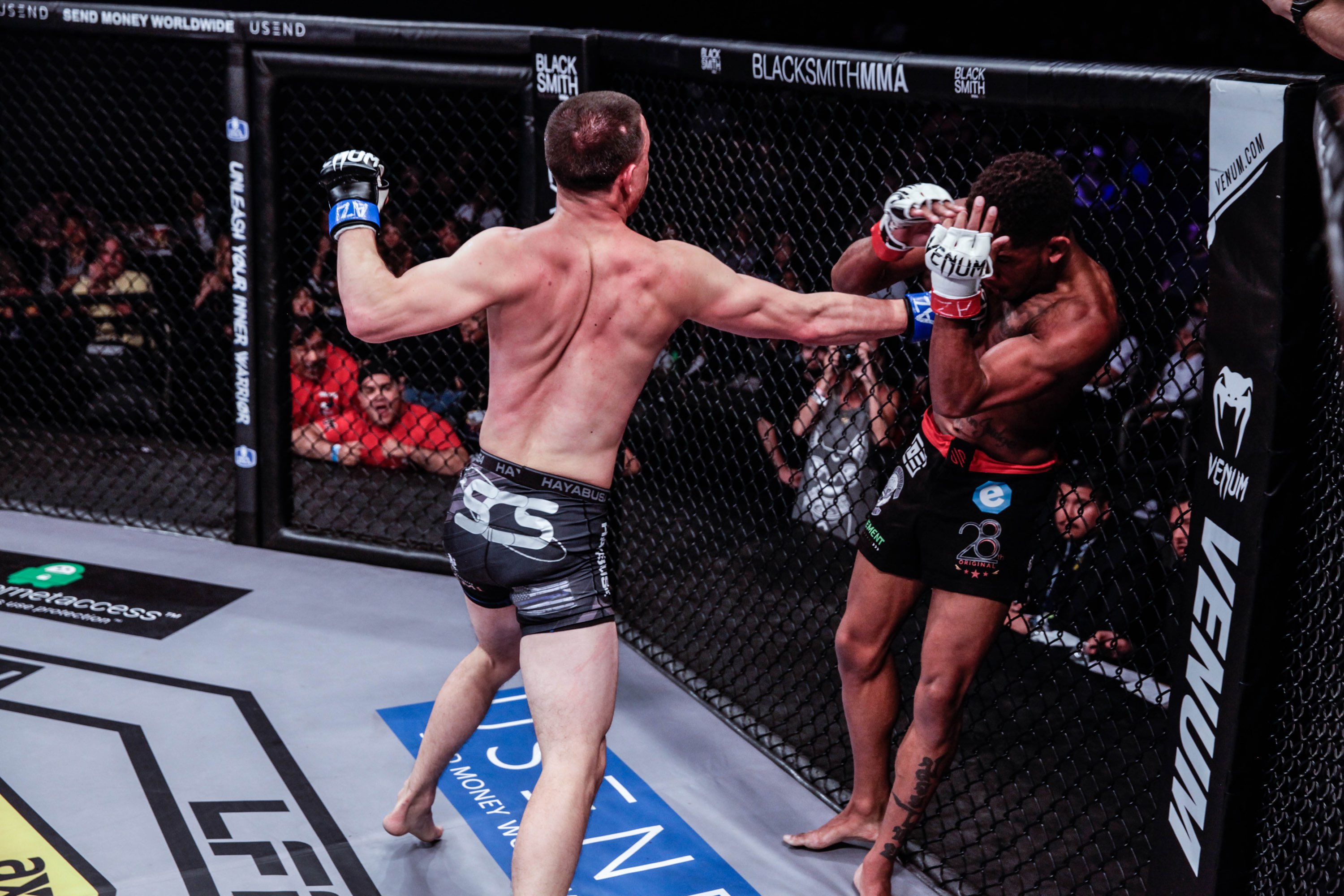 In the night’s main event, lightweight prospects Harvey Park and Jaleel Willis locked horns. Park, a staple of the New Mexico regional fight scene, had split his two LFA appearances, most recently defeating Le’Ville Simpson by decision in November. Willis, meanwhile, is a veteran of Bellator MMA and WSOF, and had also split his two bouts in the LFA cage. He stopped Chel Erwin-Davis in just 70 seconds in June.