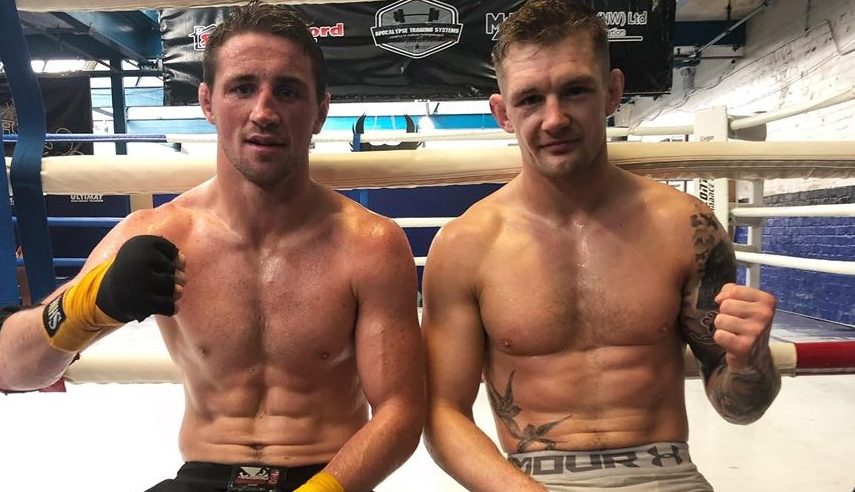 The Takeaway: Revelations from Week One of the 2019 Contender Series

One of the UFC’s recruitment tools is back in full swing. Dana White’s Tuesday Night Contender Series kicked off its 2019 season on Tuesday with a shortened card after Leon Shahbazyan was not medically cleared for his bout with Brok Weaver. Four fights, three decisions and one Dana White rant later, the UFC roster had two new additions. So, what can we take away from this first week of the new season? Glad you asked…

It’s not about the best, but rather who goes in for the kill. That’s what the UFC head seemingly admitted in a post-event rant about Brendan Loughnane.

While White did grant that Loughnane has the skills and story to make it into the UFC, he also revealed that overall talent evaluation is not his top priority for the Contender Series. Instead, it’s all about killer instinct. White didn’t like Loughnane’s decision to shoot for a double-leg takedown with just 10 ticks left on the clock, and he opted not to give the 17-3 fighter a contract for that reason alone.

Loughnane has been in the UFC before — he lost to Mike Wilkinson in his lone Octagon appearance in 2012 — and he also suffered defeats to Tom Duquesnoy and Pat Healy in more recent bouts. Perhaps the real underlying thread in this story is that White was more concerned with coaxing all-or-nothing showings from future participants on the show, all at the expense of a guy who might have reached his ceiling.

However, Finishes Aren’t Everything

Contrary to White’s comments on Loughnane, the UFC did hand out a contract to another fighter on the card who did not get a stoppage victory. Punahele Soriano moved his record up to 6-0 with a rather one-sided decision over Jamie Pickett, and it was enough to put him in the UFC’s good graces.

Soriano’s signing does further illustrate White’s point, though. The Hawaiian, who fights out of Xtreme Couture, didn’t find the finish, but it wasn’t for lack of effort. He threw heavy hands in an attempt to add another big stoppage to a list that already includes victims under the Professional Fighters League, Titan FC and Legacy Fighting Alliance banners. Perhaps White’s familiarity with the LFA product also influenced his decision, but the signing of Soriano does make it clear to fighters that there’s a difference between going the distance and simply preserving a decision. It’s what you do at the UFC Apex that matters most, regardless of your resume outside of the building.

In MMA, Anything Really Can Happen

Yorgan De Castro entered the UFC Apex as the biggest underdog of the night in what appeared to be a tailor-made setup for heavyweight Alton Meeks to cruise on into the UFC. De Castro checked in with odds around +600 and sported a 3-4 record as an amateur before his 4-0 run as a pro. He boasted about his leg kicks before the fight, and he utilized them to finish Meeks in what turned out to be the only stoppage of the night.

This was an unexpected turn of events, but it also speaks to White’s desire for fighters with a killer instinct. De Castro doesn’t hold the typical shiny record associated with admission into the UFC locker room, but he gave it his all and came away with the contract. Will he go far in the Octagon? Probably not. However, he proved that even someone who appeared to be nothing more than a footnote tied to a more hyped talent can pull the rug out from under those plans.

The Series Has Its Whipping Boys

There’s always the possibility of a De Castro-esque turn from any fighter invited to the Tuesday series, but even these events aren’t immune to the inclusion of fighters who really shouldn’t be there. This was clear in Jamie Pickett’s presence in the main event of the evening.

Pickett has already seen Contender Series action — he lost to Charles Byrd in a 2017 appearance — and he already possesses two other defeats, albeit from early in his career. He has scored a number of stoppages in his career, but a deeper dive reveals that six of his nine victories have come against fighters with losing records. Pickett’s a game veteran, but he’s no “contender.” The UFC, just like any other promotion, will stack the deck in favor of fighters it wants to see succeed.

Goldy delivered a decision win over veteran Kali Robbins to up her own undefeated mark to 5-0. It wasn’t a perfect performance for the strawweight upstart, but a victory over a skilled Invicta and Resurrection Fighting Alliance vet is a great feather in her cap. Goldy didn’t get a contract, but that’s likely because the need for more experience and refinement of her skill set were obvious to White and company.