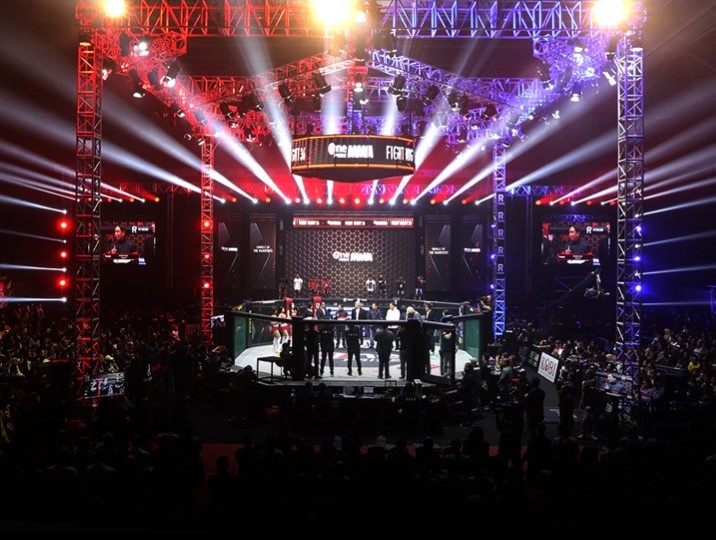 For MMA fans around the world, the coronavirus (COVID-19) pandemic has felt like the full impact of an illegal low blow. There have been canceled events, lost revenue, out-of-work fighters, and nothing for in-person and couch-potato fans to salivate about each weekend.

Well, the UFC got back to business in high-profile “fantasy island” and “Viva Las Vegas” style, so to speak. Other major international promotions followed suit.

But what about the minnows? Domestic MMA promotions around the world, equally as important to the sport’s growth, have been hit far harder, and questions abound about their futures.

It will be only the second event of 2020 for ONE Pride, which had planned 10 nationally televised events and hundreds of regionally broadcasted shows for this year before COVID-19 brought things to a halt.

Saturday’s event, at a sealed-off TV studio in Southern Jakarta, will follow the same tight rules of other MMA promotions: no fans, and tight health and safety protocols.

“To hold events like this in Indonesia, we needed to obtain local permits, our applications which were rejected prior,” said David Burke, a Jakarta-based British telecommunications executive and chairman of ONE Pride. “Fortunately, in our last application, we were successful in obtaining these to hold the event.”

It’s fitting, as the rise of MMA in Indonesia during the past 20 years has not been an easy climb, surviving incredible twists and turns that would have broken lesser promotions: public outrage, legal restrictions on television program times, a deadly brawl among rival fans, and now a global pandemic.

In short, MMA in Indonesia has had more comebacks than the rock band Aerosmith.

“Subject to the pandemic issue, we are looking at the September 26 event as a test. We sincerely hope it is successful for our TV audience,” Burke said. “With that behind us, we shall plan a clear fight promotion agenda for 2021. Plus, we are now considering and analyzing launching a parallel product that would be a digital-only fight promotion agenda.”

In the early 2000s, MMA bouts in Indonesia were modest affairs, held in a boxing ring inside a television studio due to limited viewer interest. In 2004, a riot broke out between rival fans at one studio event, leading to the deaths of several people. Two national TV stations abruptly dropped programming, and the sport went into a deep freeze. However, given the nation’s fondness for boxing and its own centuries-old martial-arts discipline of pencak silat, plus its massive population, the potential for MMA was huge.

More than a decade later came ONE Pride, the vision of the unlikely trio of Ardiansyah Bakrie, a scion of one of Indonesia’s wealthiest business and telecommunications families; Burke, a former British amateur kickboxer and now telecommunications executive; and Fransino Tirta, a retired Indonesian MMA legend who was the face of the sport during its dark days earlier this decade.

ONE Pride’s media partner is prominent national broadcaster tvONE, which boasts more than two million domestic television viewers for its MMA events, and potentially a further one million on digital. ONE Pride’s roster consists of almost 400 men and women, all Indonesian fighters.

“We are focused on Indonesia at present, as there are 272 million people in the country spanning three time zones and 17,000 islands, so we want to continue building our dominance on the ground, delivering a great product to our fans,” Burke said. “We are currently the number one MMA promotion locally by far, so we want to build upon that before considering any regional plans. For regional, we may create strategic relations with others as a model.”

International fans keen to see Asian MMA and ONE Pride’s return can watch a preview show hosted by Burke and Tirta, who mix fluent Indonesian and English, and view the event itself via a free live stream beginning at 10 p.m. standard Indonesian time (WIF) or 9 a.m. ET.