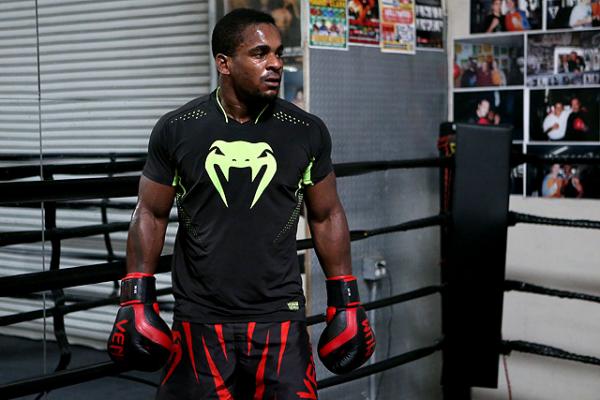 When Lorenz Larkin left the UFC and signed with Bellator in January 2017, he was ranked in the top five of the world in the welterweight division. Now, two fights into his Bellator career, Larkin is still looking for his first win inside the Bellator cage. This is just another example of life being truly stranger than fiction.

You would be hard pressed to find many MMA enthusiasts who thought “The Monsoon” would be winless through his first two fights in Bellator. By no means is this an indictment of Bellator’s welterweight roster — their 170-pound division is their most competitive company-wide — but Larkin’s success in the UFC would have led anyone to believe he would walk right in to Bellator, challenge Douglas Lima for the title and win the belt, then go on to defend the title until Rory MacDonald came calling.

Things don’t always go as planned, though. In the fight game, they rarely ever do. Contingency plans often become the norm in the world of MMA.

Let’s not go as far as to say Bellator was hoping for Larkin to knock out Paul Daley. However, there’s no denying that it would’ve made more fiscal sense for the promotion if Larkin had won the fight. It would have lined up a potential fight between Larkin and the aforementioned MacDonald, which could have been one of the biggest fights the promotion ever put on, especially if gold was at stake.

Now, we can only sit and wait for the stars to realign for that fight. Meanwhile, MacDonald will get his much-deserved title fight in January. If things go MacDonald’s way in the title fight, then maybe we do see him fight Larkin sometime in 2018.

Of course, that would require Larkin to get back on track and taste victory inside the Bellator cage. To be fair, he looked great in his promotional debut against Lima. In a close five-round war, the judges had to side with the champion. Larkin can’t be faulted there. It was a very competitive fight that featured a well-executed game plan from both fighters.

Given Larkin’s high fight IQ, it appeared unlikely that Daley would be able to make his fight with Larkin into a stand-up war. Yet, Daley did exactly this. He made the fight into something he wanted. He made it personal, where technique goes out the window and it’s more about power. In those fights, Daley is undefeated.

Where does Larkin go from here? He is 0-2 inside the Bellator cage. Should he be considered a free-agent bust, or does he just need more time to get acclimated to a new company?

For now, let’s assume it’s the latter. Let’s give “The Monsoon” one more fight before determining if he’s done. A two-fight skid in MMA really isn’t uncommon, but it’s the timing of the losing streak that isn’t advantageous. Larkin can still turn things around.