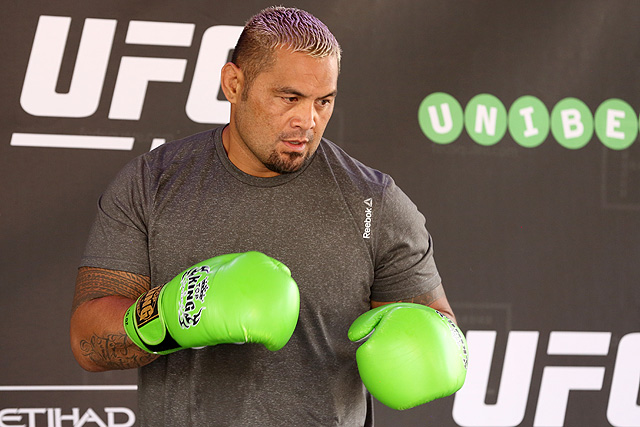 On Saturday, June 10 (in North America), the UFC hosted UFC Fight Night 110: Lewis vs. Hunt from the Spark Arena in Auckland, New Zealand.

In the night’s main event, heavyweight sluggers locked horns as American Derrick Lewis met New Zealand native Mark Hunt. The 32-year-old Lewis entered the headlining affair riding a six-fight winning streak that included five knockout finishes. He most recently dispatched of Travis Browne at UFC Fight Night 105 in February. Hunt, meanwhile, aimed to get back in the win column in front of a hometown crowd. The 43-year-old former interim title challenger had dropped back-to-back fights to Alistair Overeem and Brock Lesnar, although the Lesnar fight was later overturned to a no-contest.