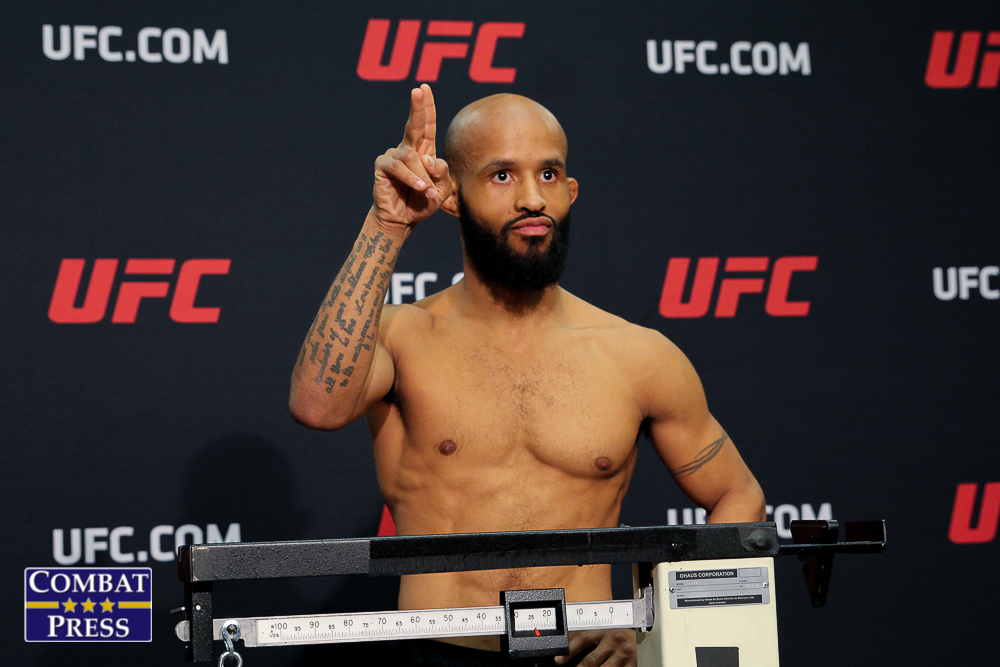 In part one of this two-part series, we looked at fight attributes, focusing on the underrated attributes in sports in general and combat sports specifically. The attribute we focused on was toughness, both in terms of the mental and the physical. Today, let’s turn our attention to the other underrated attribute — IQ — and what it is, how it works, what fighters have it and how it works hand-in-hand with toughness.

In the world of sports, IQ is probably the least respected attribute across the board. This is most likely because of the common belief that without a certain level of athleticism or skill, IQ won’t really consistently come into play. There is some truth to this. IQ can be a determining factor in a victory. The lack of it can determine defeat. When other attributes aren’t there, IQ often won’t be enough to save an athlete. However, the fact of the matter is that at the highest levels, where physical skills and toughness are comparable, IQ will separate the good from the great and the great from the elite.

IQ — in this case, cage IQ — would be the ability to process the information presented to you in an efficient manner that will allow you to figure out what your opponent wants to do, how they set it up, how they execute, and the pattern or rhythm in how they do so. Once a fighter has keyed in on these things, they are able to stop the execution of the attack. Then, they begin to counter it. Eventually, they end up taking it away completely.

Want a textbook but abbreviated version of how this works? Go watch Demetrious “Mighty Mouse” Johnson’s title defense against Henry Cejudo. Cejudo’s best tool and area of strength is the clinch. After falling victim to it and getting taken down, Johnson neutralized the work done (defense on the ground), countered it (by getting back up), made it harder for Cejudo to get clean entries (by limiting setups), and eventually beat him from the clinch with strikes (taking it away).

The opposite end of this spectrum would be when a fighter has figured out what an opponent wants to do, how they set it up, how they execute and the pattern/rhythm in how they do so, but ignores all the information while trying to build on a moment of success or trying to force an opponent into a disadvantageous position.

This was the case in two fights between Ronda Rousey and Miesha Tate. In both fights, Tate rushed into clinches. In the first fight, she punched her way in. In the second fight, she attempted takedowns and was summarily taken down repeatedly. In both cases, a fighter who has shown in the cage and behind the mic to be one of the sharpest minds in MMA eschewed the logical approach in the hopes of overwhelming Rousey or putting her on the ground in a defensive position. It’s especially damning in the second fight, because Tate was landing two for one on the feet when striking at range, holding her own in exchanges and then slowly turning them in her favor before transitioning to a takedown attempt that resulted in her being thrown and then summarily beaten up on the ground.

These are two instances of high-level, intelligent fighters who had an opponent figured out. One (Johnson) adjusted and solved the problem in front of him. The other (Tate) not only didn’t stop their opponent from doing what the opponent wanted to do, she made the opponent’s job easier by doing all the work for her.

People often mistake skill for IQ. Skill is the technical ability to do things right. It could be throwing a jab, shooting a takedown, using a clinch, pulling guard, using head movement or feints. IQ isn’t necessarily about doing something right. It’s doing something at the right moment or in the proper situation. It works along the line of thought that techniques are how or how well a tool is used in getting a job done. IQ is picking the right tool for the job or how to use the right tool the right way.

When Ovince Saint Preux fought Glover Teixeira, the difference in athleticism was painfully obvious. It became clear that Teixeira, while wanting to land his vaunted right hand, didn’t want to get into exchanges with the younger and more explosive OSP. More importantly, the Brazilian didn’t want to get stuck outside, where Saint Preux’s athleticism could expose Teixeira’s declining physical abilities and historically inconsistent defense.

A high IQ fighter would have used his length and advantages in athleticism to punish Teixeira, and to keep him from applying forward pressure. To his credit, OSP did this. However, what he didn’t do was to use the tools he had in the right way. Saint Preux essentially spammed body kicks. While the kicks hurt and in some cases rocked Teixeira, they repeatedly gave him entries to force OSP to the fence, where he could ply his trade, or allowed him to catch the kicks and turn them into clean takedowns where he could grind out Saint Preux with a combination of ground control and submission attempts.

Now, had OSP been finished the first time it hit the ground, then we couldn’t take him to task in regards to IQ. However, he was able to use his toughness to survive rough spots and then relied on his athleticism to allow him to escape the ground repeatedly, only for him to once again use the body kicks that ultimately ended with him on the ground and the victim of a submission defeat at the hands of Teixeira. This was all because OSP didn’t use the right tool — a jab and long right hands — nor did he use the tools he had correctly, opting for the round kicks to the body instead of front/snap/push kicks to the legs, body and head of the Brazilian.

On the other end of the spectrum, we have Travis Browne when he faced Alistair Overeem. The fight featured similar circumstances to Teixeira’s outing against OSP — it was a long, athletically superior fighter facing a declining, older fighter who wanted to march him down, tie him up on the inside and punish him in the clinch. Overeem enacted his game plan on Browne, punishing him to the body, dropping him and almost stopping him. Browne leaned on his toughness to navigate the choppy waters and then quickly worked his way up and away from Overeem. Once the range was established, Browne alternated with his front kicks, which kept “The Reem” outside, cut into his gas tank, and pushed him back, ultimately setting up a knockdown kick before Browne closed the show with ground-and-pound.

Once Browne was put into a tough spot, he survived with a combination of athleticism and toughness. Then, he reasserted himself using his athleticism and his best tool, his kicks, in a way that acted as a line of offense and defense that controlled the pace for Browne and didn’t allow Overeem to take advantage of his superior striking, clinch work or takedowns.

In these two instances, you see fighters of a similar stature with similar skill sets against opponents with similar approaches and comparable skill sets. One fighter used the tools at hand in a manner that provided a buffer against his opponent’s offensive strategy, while also bolstering his own defense. The other fighter used the tools at hand, but he did so in a manner that allowed his opponent to assert himself offensively and expose his defensive limitations. Both fighters had the ability and toughness to survive rough spots, but only one had the awareness and smarts to intelligently use the tools to guide himself to victory.

IQ and toughness go hand in hand. If you’re a tough fighter who can’t read, recognize and adjust, then you’re relying on your toughness to carry the day versus opponents with superior athleticism, skill or experience. This can lead to losses — think Matt brown against Donald Cerrone or Robbie Lawler — or, even when it results in a victory, a fighter can absorb excessive amounts of punishment that could redirect or shorten their career — think Matt Brown against Erick Silva or Amanda Nunes against Cat Zingano. On the other side of the coin, there are fighters who have high IQ who essentially can’t win fights because they can’t absorb punishment long enough or well enough to make their IQ a factor. We can see this in fights like Frank Mir against Brock Lesnar or Junior dos Santos against Mir. These fighters might have to depend exclusively on a fighter making a huge mistake to allow them to snatch victory from the jaws of defeat, such as Mir did against the aforementioned Lesnar in the pair’s first encounter, after absorbing career changing abuse.

Both IQ and toughness are criminally underrated, but these two things are what determine success at the elite and championship level.