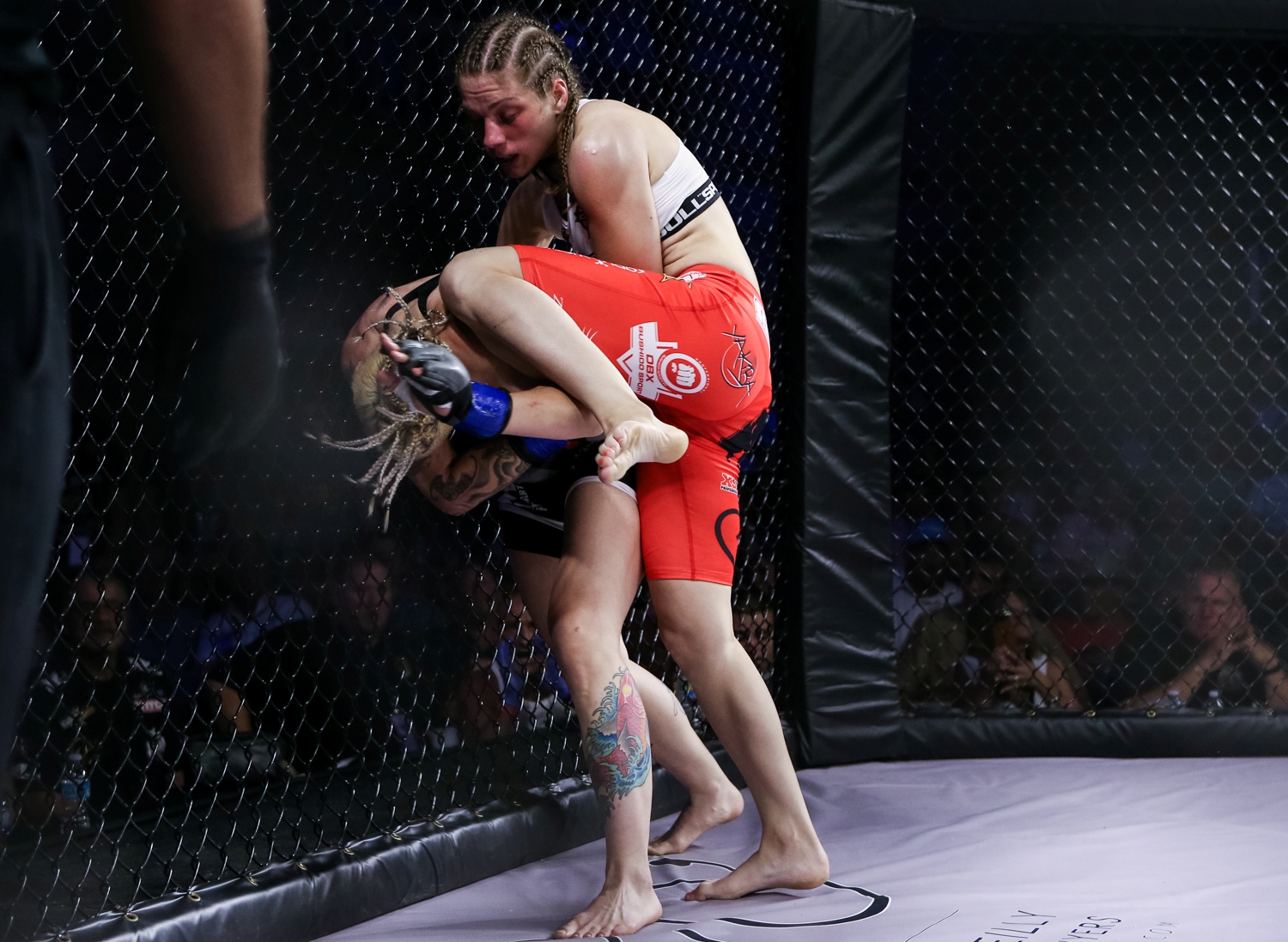 The co-main event also took place in the flyweight division as veteran Roxanne Modafferi faced off with Sarah D’Alelio. Modafferi aimed to get back into title contention, having fallen short in her title conquest at Invicta FC 19. D’Alelio returned to the promotion riding a four-fight winning streak that includes a submission win over Andrea Lee at Invicta FC 16.