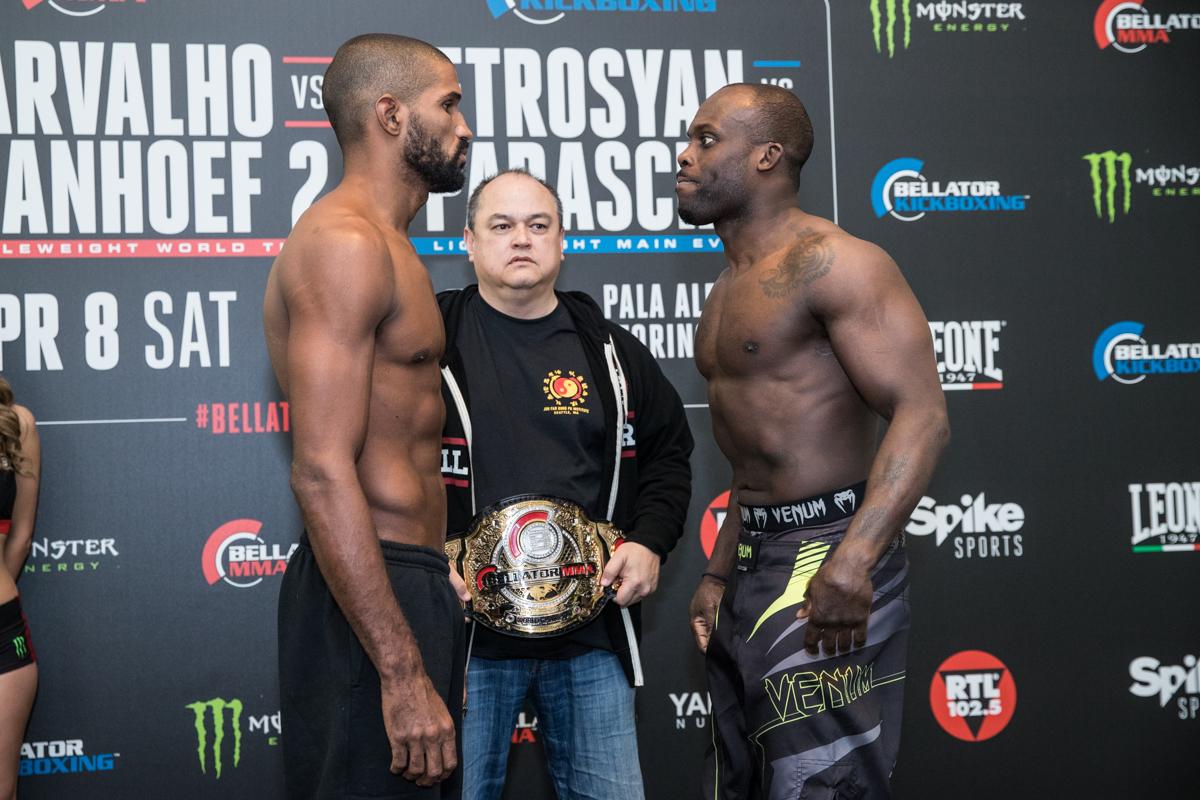 On Saturday, April 8, Bellator MMA will host its 176th event from the northern Italian city of Torino at the Pala Alpitour with a four-fight main card. The card is a joint effort with Italian promotion Oktagon, who will host the Victory World Series portion of the event prior to Bellator Kickboxing 5.

In the night’s main event, the promotion’s middleweight champion, Rafael Carvalho, meets striking stalwart Melvin Manhoef for a second time. The pair meet at Bellator 155 last May with Carvalho retaining his 185-pound title after a contentious, lackluster split decision. The Brazilian enters his second title defense riding a 13-fight winning streak that includes four straight in the Bellator cage. The Dutch-based Manhoef will aim to secure his first major MMA title after a lengthy career of also competing in kickboxing.

The action kicks off Saturday at 11 a.m. ET. The event will air via same day tape-delay on Spike TV at 3 p.m ET.