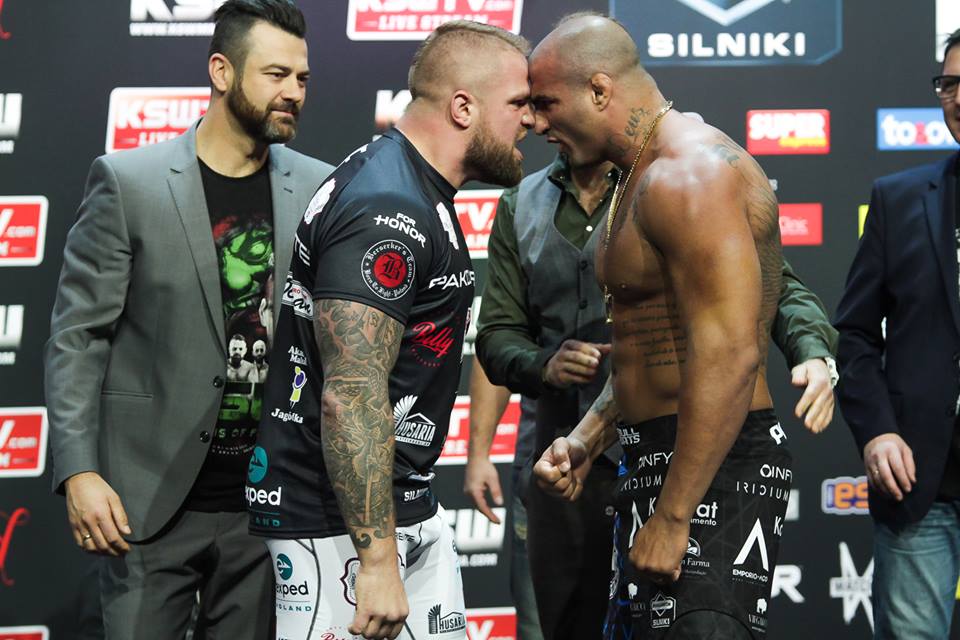 In the evening’s main event, KSW heavyweight champion Karl Bedorf put his five-year winning streak on the line against Brazil’s Fernando Rodrigues Jr. Bedorf most recently defended his title with a first-round knockout of James McSweeney at KSW 34 in March. Rodrigues Jr. submitted Yosef Ali Mohammad in the first round at the inaugural Euro FC event in October.

In the evening’s main card action, beloved former strongman competitor Mariusz Pudzianowski hoped to return to the win column against Polish rapper Paweł Rak. Pudzianowski was upset in his two most recent outings against Peter Graham and Marcin Różalski. Rak last fought in 2008 when he moved his record to two wins and one loss.