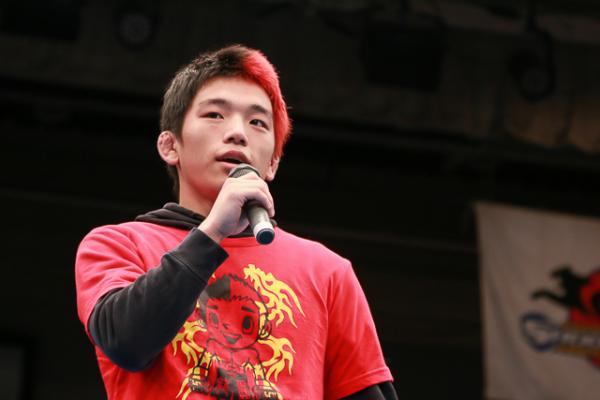 The Resurrection Fighting Alliance often showcases prospects on the way up, but the top-billed fight on its 40th offering is framed in redemption, not overwhelming success. First, there’s Czar Sklavos, a veteran journeyman who has yet to get a crack at the big leagues despite several notable victories. In the other corner, there’s Chico Camus, a Roufusport disciple who struggled through a 3-4 UFC stint. The pair meet in a flyweight headliner.

Sklavos, whose father is a former world champion kickboxer, has suffered four losses since making his pro debut in 2010, but there’s no shame in those defeats. The first came in his debut fight, where he faced off with T.J. Dillashaw, a talented fighter who went on to capture the UFC bantamweight crown. His only other losses came to former Championship Fighting Alliance titleholder and UFC fighter Josh Sampo, Olympic bronze medalist and World Series of Fighting veteran Alexis Vila, and former Shooto champion Hiromasa Ogikubo. He went the distance with each of those high-level competitors. Sklavos is riding a two-fight winning streak coming off the loss to Ogikubo. His victims were journeymen fighters Benny Vinson and Nick Burgos, the latter of whom Sklavos defeated in the RFA cage. The 34-year-old trains out of Sklavos MMA in Idaho and is proficient on the mat, where he has snagged nine victories by submission. His other seven fights have gone the distance.

Camus debuted in 2009 and had a few stumbles of his own before landing inside the Octagon at UFC 150 as an 11-3 prospect. Camus, fresh off a win over future UFC fighter Alp Ozkilic, decisioned Dustin Pague in his UFC debut, but he was handed a setback by Dustin Kimura in his sophomore outing with the company. Camus earned one more win and suffered an additional loss before leaving the bantamweight division behind. He made his 125-pound debut against Brad Pickett and earned a split decision. He was quickly thrown to the sharks when he was served up to Henry Cejudo and Kyoji Horiguchi over his next two fights. The title challengers — Horiguchi was fresh off a loss to champion Demetrious Johnson and Cejudo was just a couple of fights away from his own shot — handed Camus decision losses that led to his departure from the UFC. The 31-year-old’s first post-UFC stop came at RFA 36, where he won a decision over Wisconsin-based flyweight Matt Brown.

Some might point to the Sklavos victory against Mamoru Yamaguchi as proof of his ability to beat top competition, but Sklavos scored the win during Yamaguchi’s slide. The best run of his career did include that victory, however, along with wins over Nick Mamalis and Ryuichi Miki. This was a strong run for Sklavos, but it all came toppling down when he ran into Ogikubo.

Camus has suffered plenty of losses, but all but three of those defeats came at the very highest level of competition. While he, too, has struggled to find consistency, he can at least claim wins over the like of the aforementioned Pickett and Pague, as well as Kyung Ho Kang. The biggest knock on Camus might be his lack of finishing ability. He’s only finished four opponents via strikes and three by way of submission.

Camus came into the UFC as a finisher, but he hit a brick wall inside the Octagon. He did lose a fight by submission under the UFC banner, but the remainder of his outings with the promotion went the distance, as did his last four fights on the regional circuit (and his one post-UFC appearance). If Camus wants to make a real impression and re-enter the big leagues, he needs to start finishing fights. He might struggle to do so against Sklavos, who has a strong grappling game. Camus can be controlled on the mat, but he has also been finished there. Sklavos also has a troubling habit of going the distance, though, and the majority of those fights have not gone in his favor.

If Camus can chip away at Sklavos on the feet all the way until the final bell, chances are good that he’ll have done enough to take the win. However, he’ll have to keep Sklavos off of him for three full rounds. That might not be quite so easy. The difference in this fight is likely to come down to the time Camus has spent inside the Octagon with elite fighters like Horiguchi and Cejudo. The UFC veteran will hand Sklavos yet another setback.

The Russian-based M-1 Global organization heads back to the mountains of the Ingushetia Republic for the fifth edition of “Battle in the Mountains,” which also represents the 69th numbered M-1 Challenge event. The card features two of the most prominent heavyweights on the roster, prospect Denis Smoldarev and former champ Kenny Garner.

Smoldarev made a recent bid for the M-1 heavyweight crown, but he was submitted by former Bellator champion Alexander Volkov. The towering 26-year-old turned pro in 2009 and reeled off nine straight wins, including seven stoppages, before suffering his first loss in another failed title bid against Marcin Tybura. The Estonian has trained in judo since the age of 12 and rose through the M-1 ranks by winning the M-1 Selection Grand Prix and advancing to the semifinals of the 2013 M-1 Heavyweight Grand Prix. Sometimes referred to as “The Brock Lesnar of Estonia,” Smoldarev has three wins by some form of knockout and five by way of submission.

Garner, 41, is a longtime M-1 Challenge fighter. He was once a 12-3 fighter whose only losses came against the likes of Tony Johnson, Chris Barnett and Guram Gugenishvili (whom Garner also defeated twice). “Deuce” hit a rough patch in 2013, though, and dropped four straight fights. He has rebounded by winning four of his last six. The only losses in that span? A pair of TKO defeats courtesy of Sergei Kharitonov. The American Top Team product has stopped nine opponents via strikes and four by way of submission.

Garner is in the twilight years of his career, but he still managed to give Kharitonov some struggles on the mat before fading. He provides another tough, veteran test for Smoldarev, but the Estonian has handled himself well against the likes of Maro Perak and Chaban Ka. His only losses came to the aforementioned Volkov and Tybura, a pair of very talented fighters.

Garner is no Volkov, nor is he Tybura. He’s a grinding fighter whose most reliable route to victory is in grueling wrestling-based affairs. That style serves to wear down his opponents, but it’s not like Garner is bouncing up and down like a heavyweight Clay Guida at the end of three or five rounds. He fades fast, and that can be a problem.

Smoldarev’s size, his well-rounded game and his judo base are all tools that will serve him well against Garner. Garner’s going to have to work extra hard for every takedown, and he’s going to eat some massive strikes while on the feet. Smoldarev’s youth should benefit him as the fight goes on. When Garner fades, Smoldarev can turn up the heat. The end result will be a stoppage victory for the younger fighter.

Some know him as Ryohei Kurosawa. Others refer to him as Ken Asuka. No matter the name, one thing is certain: the 23-year-old is one of the premier names in the oft-overlooked men’s strawweight division. Shooto is one of the few organizations that gives these diminutive fighters a stage on which to showcase their skills. At its July 17 event, the promotion will crown a divisional champion when Kurosawa faces Ryuto Sawada for the vacant belt.

The 23-year-old Kurosawa, was the 2013 Shooto Flyweight Rookie Tournament champion and went undefeated in the Infinity League 2014 tournament. The Paraestra Matsudo product was perfect through his first eight fights after turning pro in late 2012, but his undefeated streak was snapped when he met Junji Ito at Shooto’s Mobstyles 15th Anniversary event in 2015. He rebounded with a victory over veteran Tomohiro Adaniya at a Vale Tudo Japan show. Six of Kurosawa’s victories came on the scorecards, but he has stopped one opponent via TKO, one via knockout and one by way of submission.

Sawada is another young prospect on the rise. The 20-year-old trains with legendary female mixed martial artist Megumi Fujii out of the Abe Ani Combat Club. He made his pro debut in 2013 and notched victories in his first three fights before going to a draw against Atsushi Takeuchi and suffering a loss to his upcoming opponent, Kurosawa. Sawada has rebounded with wins in three of his last four outings. None of those four fights lasted to the final bell. Instead, Sawada, who was submitted once during this stretch, scored a TKO, a knockout and a submission. His most notable victory is his third-round stoppage of veteran competitor Yuki Shojo.

Sawada was another young participant in the Infinity League 2014 round-robin tournament. In fact, that’s where he met Kurosawa in a fight that went the distance. They have contrasting styles — Kurosawa’s base is karate, whereas Sawada is a wrestler and grappler — but Kurosawa was able to defend well against Sawada’s takedowns and outwork the younger fighter en route to the judges’ nod.

There’s not much reason to expect a different outcome the second time around, but this is an interesting rivalry between two fighters who stand to be the future of the division. Sawada’s an excellent high-pressure grappler, but he has to get Kurosawa to the mat before he can execute his game plan. Kurosawa has a solid sprawl and can avoid Sawada’s tactics enough to come out on top, as he proved in their 2014 meeting. These fighters are likely to tweak their strategies for the rematch, but Kurosawa remains the more solid prospect. “Ken Asuka” will claim another decision win when these two men clash for the second time.