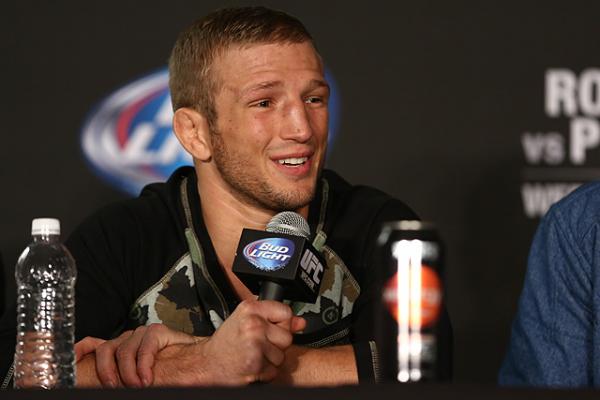 In the night’s main event, a long-awaited bantamweight championship rematch finally took place as champion T.J. Dillashaw looked to prove his finish of former champion Renan Barao was no fluke. The 29-year-old Dillashaw stopped the Brazilian via fifth-round TKO at UFC 173 last spring. The pair were expected to headline UFC 177 last August, but Barao was forced out at the last minute. Dillashaw went on to defend his belt against Joe Soto, scoring another fifth-round finish.

Above is live video of the event’s post-fight press conference which kicks off approximately 30 minutes after the main event between Dillashaw and Barao comes to a close (courtesy of the UFC).