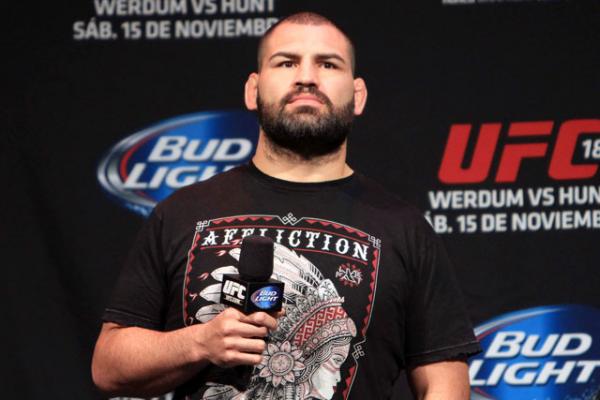 On Saturday, June 13, the UFC will host UFC 188: Velasquez vs. Werdum from the Arena Ciudad de Mexico in Mexico City.

In the night’s main event, the promotion will unify its heavyweight title as reigning champion Cain Velasquez will return from a lengthy injury absence to square off with interim titleholder Fabricio Werdum. The pair were originally slated to meet at UFC 180 in November, but Velasquez was forced out of the contest. Werdum went on to stop Mark Hunt and capture the interim championship. The 32-year-old Velasquez will fight for the first time since October of 2013. Brazil’s Werdum has not tasted defeat since returning to the promotion in 2012.

The co-main event of the evening features a long-awaited lightweight battle between former Strikeforce champion Gilbert Melendez and former Bellator MMA kingpin Eddie Alvarez. Melendez has come up short twice in his conquest for UFC gold, most recently falling to Anthony Pettis in December via guillotine choke. Alvarez, meanwhile, dropped his promotional debut in September to current No. 1 contender Donald Cerrone.

Above is a video preview of the event (courtesy of the UFC).