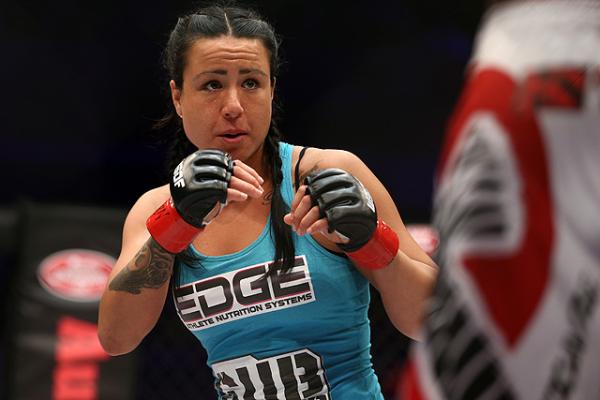 With the highly anticipated debut of former boxing champion Holly Holm put on hold because of injury, Ashlee Evans-Smith will step in to face Holm’s original opponent, Raquel Pennington, at UFC 181 on Dec. 6 in Las Vegas.

The UFC confirmed the news on Wednesday.

Evans-Smith, a Tuff-N-Uff veteran, has kicked off her professional career with a three fight-winning streak that includes a TKO win over Marciea Allen at World Series of Fighting 10 earlier this year. The contest against Pennington will mark the promotional debut for the undefeated prospect.

Pennington will get her wish and stay on the card after the injury to Holm. After picking up a win in her UFC debut over Roxanne Modafferi, The Ultimate Fighter 18 cast member will look to bounce back from a split decision loss at the hands of Jessica Andrade back in March.

The match-up between Evans-Smith and Pennington is set to air on the pay-per-view portion of the card.

UFC 181 takes place Dec. 6 from the Mandalay Bay Events Center in Las Vegas. Two-championship fights will headline the event as Robbie Lawler and Johny Hendricks will meet in a rematch of their UFC 171 battle that saw Hendricks walk away with UFC gold. In the co-main event, lightweight champion Anthony Pettis will face off with No. 1 contender Gilbert Melendez. The main card will air live on pay-per-view while the prelims will be split between a broadcast on Fox Sports 1 and a stream on UFC Fight Pass.