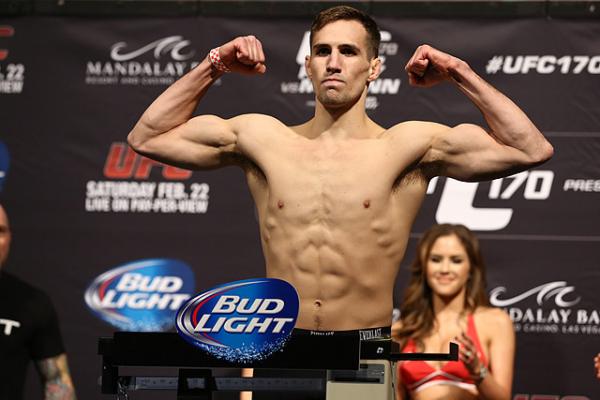 On Friday, Oct. 3, the UFC hosted the weigh-ins for UFC Fight Night 54: MacDonald vs. Saffiedine which takes place Saturday, Oct. 4 from the Halifax Metro Centre in Halifax, Nova Scotia, Canada.

In the night’s main event, Canadian welterweight Rory MacDonald squares off with former Strikeforce title holder Tarec Saffiedine. Both fighters will be looking to move one step closer to a 170-pound title shot. The 25-year-old MacDonald has won eight of his 10 UFC outings, with his only losses coming to former interim champion Carlos Condit and current No. 1 contender Robbie Lawler. MacDonald most recently defeated Tyron Woodley at UFC 174 in June. Saffiedine has battled injuries since capturing Strikeforce gold. He bested Hyun Gyu Lim in January in his lone Octagon appearance.

The fighters hit the scales at 3 p.m. ET on Friday. A live video feed appears above (courtesy of the UFC), while the results appear below.