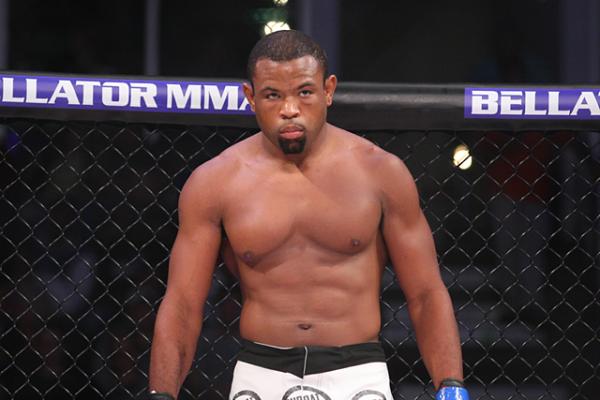 On Friday, Oct. 24, Bellator MMA will host its 130th event from the Kansas Star Casino in Mulvane, Kan.

In the night’s main event, the promotion’s light heavyweight title will be on the line as champion Emanuel Newton takes on England’s Linton Vassell. Newton enters the contest riding a six-fight winning streak, including a pair of wins over former Strikeforce champion Muhammed “King Mo” Lawal. He stopped UFC veteran Joey Beltran in September with his signature spinning backfist. Vassell, meanwhile, carries a nine-fight streak of his own into the title affair, including three straight inside the Bellator cage. The 31-year-old has finished 12 of his 14 career wins.

The 12-fight event kicks off with a live stream of the preliminary card on Spike.com beginning at 7 p.m. ET. The four-fight main card airs live on Spike TV at 9 p.m. ET.

Main Card Summary
Emanuel Newton and Linton Vassell put on the most interesting and exciting grappling match in the final fight of the night. Vassell made numerous attempts to end the fight in the first two rounds but couldn’t put Newton away. It was a tough night for Vassell, who had Newton on the verge of tapping to a kimura in the second and was getting the better of the scrambles on the ground. Newton was very reluctant to fight off his back early on and continuously gave up his back instead. Newton also grabbed back mount a few times during the fight before sinking in the fight-winning choke.

The third saw a closer fight as Newton started getting the better of the exchanges on the mat and won the stand-up battle that lasted all of a minute. Once the championship rounds arrived, Vassell started to fade and the tide turned in Newton’s favor. Newton began to control Vassell on the ground from the top and negated the challenger’s sweep attempts. Vassell’s blown chances early in the fight cost him dearly as Newton took less than a minute in the fifth and didn’t even sink in his hooks before finally submitting Vassell with a rear-naked choke.

It didn’t take long for Bobby Lashley to finish his opponent, Karl Etherington. The two immediately clinched up to start the fight. Lashley was then able to turn Etherington against the cage after he failed to toss him to the mat from the clinch. Etherington threw a knee that caught Lashley in the cup, but the fight quickly resumed after a very brief stoppage. The British heavyweight tried to complete a throw and ended up slipping to the mat, face first. Lashley took the opportunity to jump on top of Etherington and throw hard punches. Etherington turtled up, and it didn’t take long for referee Rob Hinds to jump in and stop the fight.

Marloes Coenen’s debut fight for Bellator went exactly as planned. Coenen displayed total control over the course of her fight against Annalisa Bucci. Coenen started off the fight by immediately going for the takedown on her Italian opponent. Coenen didn’t look back from there. She had control on top as well as on the bottom from butterfly, half and closed guard. Bucci avoided chokes and a kimura before finally succumbing to a rear-naked choke a minute into the third frame. Bucci didn’t have anything for the former Strikeforce champion and spent the majority of the fight playing defense on the ground and in the clinch on the feet.

Lightweights Dave Jansen and Rick Hawn engaged in a stand-up battle over three rounds. Jansen used Douglas Lima’s game plan against Hawn early and often, throwing leg kick after leg kick to weaken Hawn’s lead leg. Jansen continued to use a variety of kicks going into the second. Hawn’s left leg was visibly changing colors around the inside of his knee. Jansen’s strikes caused Hawn to be more cautious and took away the power shot from the judoka. Jansen’s leg kicks allowed him to control the range and take out Hawn’s legs en route to earning the unanimous decision.