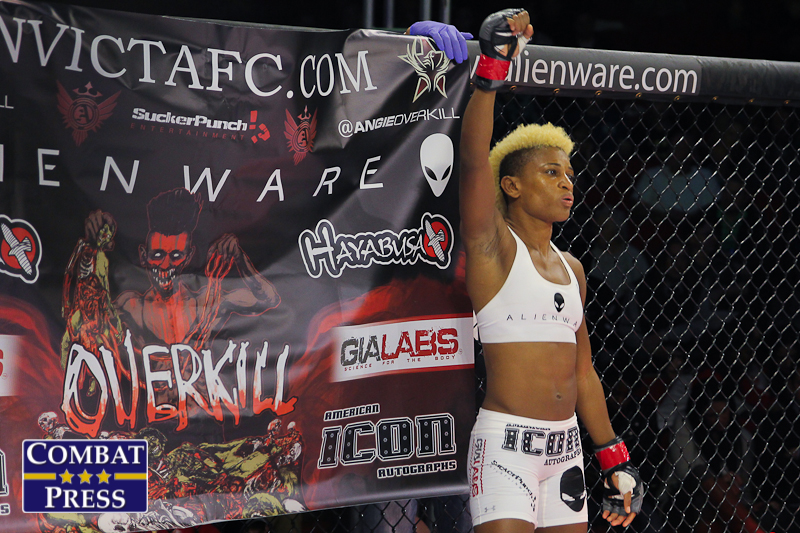 The Rising UFC Strawweights: A Trio on Fire

The UFC women’s strawweight division has never been better. This is in part due to the emergence of notable talents like Tatiana Suarez, Rose Namajunas, Jessica Andrade, Joanna Jędrzejczyk and current champion Weili Zhang. The division continues to grow and develop while fostering competitive bouts. The aforementioned fighters are not the only fighters worth watching in the division. There are three rising stars ready to join the upper echelon.

Zhang may be the first Chinese UFC champion, but Yan was the first-ever Chinese female fighter signed by the UFC. She joined the promotion in 2017 after compiling an impressive 7-1 record, primarily while fighting in her homeland, with five of those seven wins coming by way of knockout. Yan made her UFC debut on Nov. 25, 2017 and defeated Kailin Curran by way of unanimous decision. Since her Octagon debut, Yan, now age 30, has gone on a five-fight winning streak while defeating several notable opponents, including Angela Hill and Karolina Kowalkiewicz.

Yan has a very aggressive orthodox stance from which she uses her infamous sidekicks to the body and lead leg of her opponent to set up various boxing combinations, including a thunderous jab and a powerful straight right. She prefers to fight on her feet, but Yan has proven herself more than capable of mixing it up on the ground. She is currently averaging a 67 percent takedown-defense rate, too. Yet, perhaps her most impressive stat is her 6.85 significant strikes landed per minute. Yan consistently utilizes her crisp striking to pepper her opponent with flurries and unorthodox kicks.

Most recently, Yan defeated the aforementioned Kowalkiewicz in a lopsided 30-26 unanimous decision. The strawweight contender is currently ranked No. 11 in the official UFC rankings and is eager to return to action soon. Perhaps a bout with fellow Chinese native and champion Zhang is on the horizon?

If you haven’t seen Ribas compete in the UFC thus far, you’ve been missing out. The 26-year-old Brazilian Jiu-Jitsu and judo black belt has been nothing short of impressive and dominant. Ribas compiled a 6-1 record outside of the UFC before signing with the promotion. Since her Octagon debut last year, the ground ace has amassed a three-fight winning streak that includes victories over Emily Whitmire, Mackenzie Dern and Randa Markos.

After defeating Dern in a dominant unanimous decision, Ribas went on to face Markos at UFC on ESPN+ 28 on March 14. She dominated the veteran from start to finish en route to yet another unanimous-decision nod. Ribas controlled the pace and direction of the fight through the use of her stellar ground game and impressive strength. She earned a 30-26 on one scorecard and a 30-25 from the remaining two judges.

Ribas boasts impressive stats, including a 4.19 takedown average per bout and a 4.19 submission average per bout. What’s even more impressive is her incredible striking defense that has allowed her to avoid considerable damage in her UFC career. The surging contender is absorbing less than one significant strike per minute, which has resulted in an impressive 72 percent striking-defense rate. Ribas will no doubt get a step up in competition for her next bout and continue her climb toward the top of an already crowded UFC division.

Hill is without a doubt one of the coolest fighters ever to step foot into the Octagon. She has dressed up as Street Fighter characters Sagat and Dhalsim for UFC weigh-ins, which is among the most fun and unique things a UFC fighter has done to entertain at the scales. “Overkill” is an 11-fight UFC veteran who is currently riding a three-fight winning streak.

The 34-year-old Hill is known for remaining active in the UFC. The former Invicta champ is constantly looking to find her next opponent. Between March 2019 and February 2020, Hill has stepped foot into the Octagon a total of six times and has compiled a 4-2 mark. Win, lose or draw, the Maryland native makes it a point to put on memorable performances, whether it’s a “Fight of the Night” against Jessica Andrade or a TKO via elbows at the expense of Hannah Cifers.

Hill is coming off a sound win against Loma Lookboonmee in which she earned a unanimous decision. Her recent performances have led to a spot in the top 15 in the official UFC women’s strawweight rankings. There’s no doubt Hill will look to entertain yet again the next time she steps foot in the Octagon.