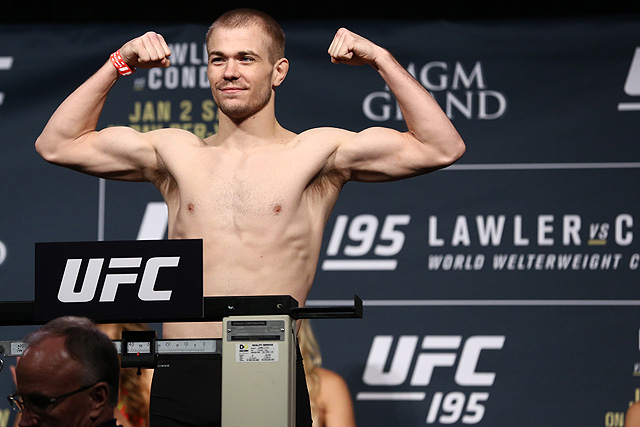 On Wednesday, July 13, the UFC will host UFC Fight Night 91: McDonald vs. Lineker from the Denny Sanford Premier Center in Sioux Falls, S.D.

In the night’s main event, former bantamweight title challenger Michael McDonald squares off with Brazilian knockout artist John Lineker. The 25-year-old McDonald returned from a two-year absence from the cage in January, submitting Japan’s Masanori Kanehara at UFC 195. Lineker, meanwhile, rides a four-fight winning streak into the event. The former flyweight has won back-to-back fights at 135 pounds after struggling to make weight in his old division.

The co-main will feature TUF winner Tony Ferguson, who was originally slated to headline the event against Michael Chiesa. However, an injury to Chiesa now leaves Ferguson welcoming undefeated newcomer Landon Vannata to the promotion.

The fighters will hit the scales at 5 p.m. ET on Tuesday. A live video feed appears above (courtesy of the UFC), while the results appear below.