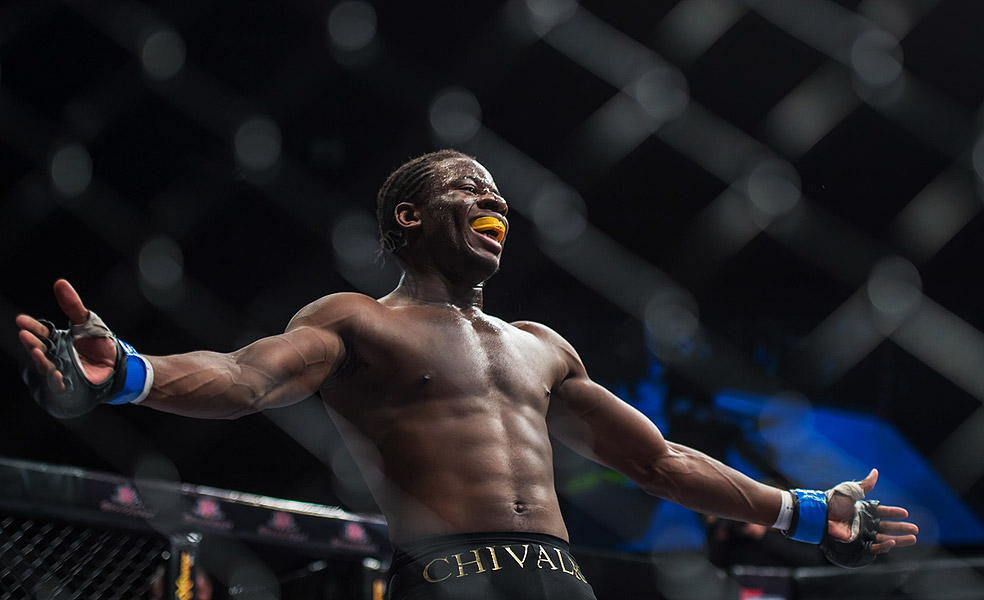 In the night’s main event, the promotion’s featherweight champion, Danny Henry, looked to make the first defense of his belt against unbeaten Igeu Kabesa. Henry captured gold with a fourth-round TKO of Boyd Allen at EFC 44. Kabesa, meanwhile, enterd the contest having won all six of his bouts inside the EFC cage.