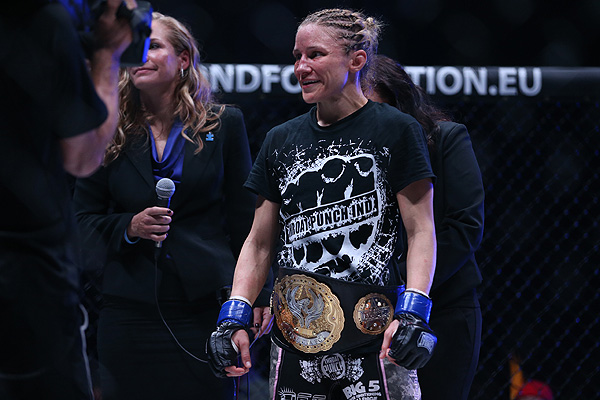 The all-women’s promotion will visit the RiverCenter in Davenport on Saturday, Nov. 1, for its ninth event. It will mark the first time the promotion has ventured outside its home of Kansas City, Mo.

In the night’s headlining affair, the promotion’s flyweight champion, Barb Honchak, will look to make the second defense of her 125-pound title as she takes on Japan’s Takayo Hashi.

Honchak captured Invicta gold at Invicta FC 5 in April 2013 with a dominant performance against Brazil’s Vanessa Porto. The 35-year-old then extended her current winning streak to eight with another one-sided performance against current UFC fighter Leslie Smith in December. The win marked Honchak’s fourth victory under the Invicta banner. In addition to her wins over Porto and Smith, Honchak also holds notable victories over The Ultimate Fighter 20 cast members Aisling Daly and Felice Herrig.

Invicta FC 9 will stream live via the UFC’s digital network, UFC Fight Pass. No additional fights for the event have been revealed at this point in time, but more announcements from the promotion are expected in the coming weeks.