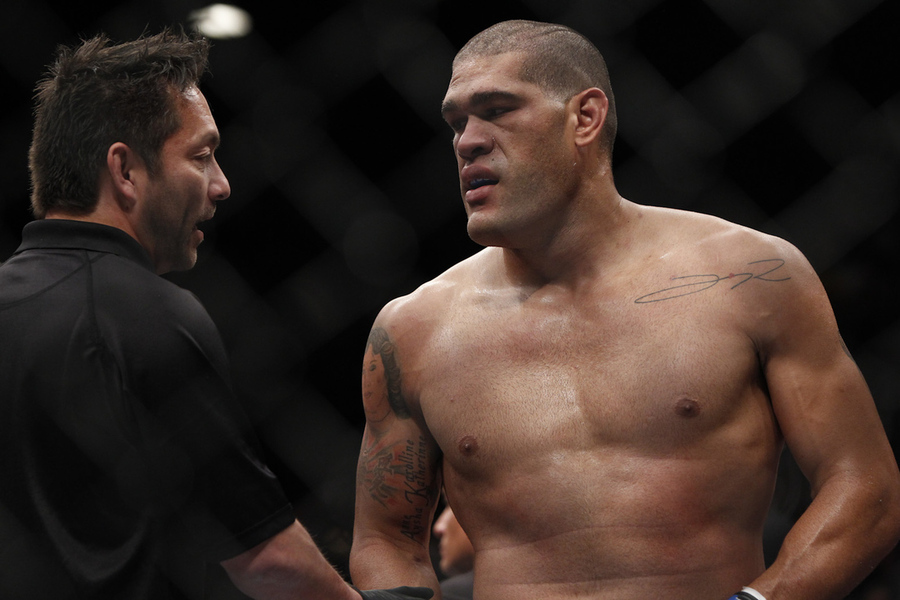 We move to a new night as we present the first Tuesday edition of the Combat Press Mid-Week Report!

This week, staff writers Eric Reinert and Riley Kontek will recap the highlights (and lowlights) of last weekend’s UFC, Invicta FC and Bellator MMA events, discuss a few of the fights coming up this weekend on Fight Pass as part of UFC Fight Night: Bigfoot vs. Arlovski 2, and preview the upcoming season of The Ultimate Fighter, which will feature a cast of female strawweight fighters who will compete to become the UFC’s inaugural 115-pound champion.

Where does Ronaldo “Jacare” Souza’s win last Friday put him with respect to the UFC’s middleweight title picture? Which of the fighters from Invicta’s eighth event performed most notably? Is anyone talking about the fights from Bellator’s event, or just the debacle between Stephan Bonnar and Tito Ortiz? Who are our early favorites to capture the UFC’s strawweight belt?