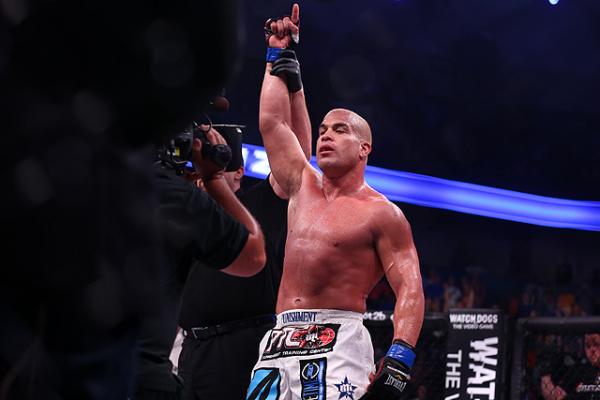 The UFC is famous for its big fights, big paychecks, and even bigger egos. With so much on the line for the fighters, it is no surprise that rivalries can get a little bit heated. We can all name a few – Connor McGregor vs. Nate Diaz and Daniel Cormier vs. Jon Jones are just two examples.

The UFC knows that we all love to watch these rivalries play out in the Octagon, so they often arrange big matches involving rivals. The results of these matches are often unpredictable and are the most exciting to bet on. Find the best UFC betting odds here.

Let’s take a look at one of the earliest heated rivalries in the UFC – Tito Ortiz vs Ken Shamrock. This rivalry had so much fuel that it ended up needing three matches in the Octagon to settle the score.

Who Is Ken Shamrock?
Ken Shamrock was one of the original stars of the UFC. The shootfighter was in the finals of UFC 1, when he lost to Royce Gracie by submission. He also did some pro kickboxing and had a professional wrestling career.

Shamrock was head of the infamous Lion’s Den training camp that produced many of the top fighters in the early UFC era. He was the UFC superfight champion in the mid-90’s and would eventually go on to face Tito Ortiz for the UFC light heavyweight championship.

Who Is Tito Ortiz?
Tito Ortiz was a dominant force in the company for over 20 years. He became the light heavyweight champion in Sept. 1999, and would hold onto that title until he lost it to Randy Couture four years later.

While Ortiz’s 21-12-1 record would seem like nothing to boast about, he had a long and storied career, and also was a fan-fovorite thanks to his commitment to the sport, his hard work, and his large personality.

How It Started
Shamrock ran the legendary fighting club called the Lion’s Den. This gym produced many of the early champions of the UFC. Fighters from the Den very rarely lost to anyone from outside it. That is why it was such a big deal when Ortiz beat Jerry Bohlander, a member of the Den, at UFC 18 in Jan. 1998. It was only Ortiz’s fourth pro fight, and he wore an inflammatory shirt that angered members of the opposing team.

In his next bout, Ortiz beat another Lion’s Den member in Guy Mezger and flipped off their camp when he won. He then put on another rude t-shirt, and Shamrock jumped into the Octagon and threatened him. Ortiz was carried out of the Octagon, and the police were called to settle the issue.

Later, Ortiz was defeated by Shamrock’s adopted brother Frank Shamrock, but, Ortiz had insisted that Ken take him on himself.

Problems then built outside of the ring until the pair were lined up to fight each other four years later at UFC 40.

Match 1 (UFC 40, Nov. 2002)
Many refer to this match as the match that made the UFC. This was their first hugely successful pay-per-view match, and both fighters were featured on major sporting network interviews before the fight took place.

Many put the success of the match down to how famous Ken Shamrock was, and how quickly Tito Ortiz had risen through the UFC ranks. Coming into the match, Ortiz held the light heavyweight belt for over three years.

While Shamrock did land a knockdown on Ortiz in the first round, the underdog managed to shake it off. In the end, just before the start of the fourth round, Shamrock’s corner called an end to the match. Ortiz kept his title and shocked the world by defeating Shamrock.

Match 2 (UFC 61, Jul. 2006)
For The Ultimate Fighter 3 reality show, the UFC was rebuilding the rivalry between Shamrock and Ortiz, as they were the opposing coaches. There were many highlight moments of the two getting into heated exchanges.

At UFC 61, the event that ended the series, Ortiz and Shamrock co-headlined the event ahead of Tim Sylvia and Andrei Arlovski. This event also broke UFC’s pay-per-view sales record. The Ortiz vs. Shamrock fight was the shortest of the night. It only lasted one minute and 18 seconds, and Ortiz knocked Shamrock out using his elbows.

Match 3 (Ortiz vs. Shamrock 3, Oct. 2006)
This final fight was billed as UFC: Ortiz vs. Shamrock 3: The Final Chapter. The rematch was held so soon, because many people outside of the UFC team thought that the previous match had been fixed, as a TKO was called very quickly, despite the fact that Shamrock looked okay to continue.

For the third time, the pair broke the UFC’s pay-per-view record, as 5.7 million people were believed to have watched the fight. After all the build-up and match-fixing allegations, Ortiz knocked out Shamrock after 2:23 minutes with his fists.

The Ortiz vs. Shamrock rivalry was one of the biggest in UFC history, but in the end, Ortiz came out on top, winning all three bouts.