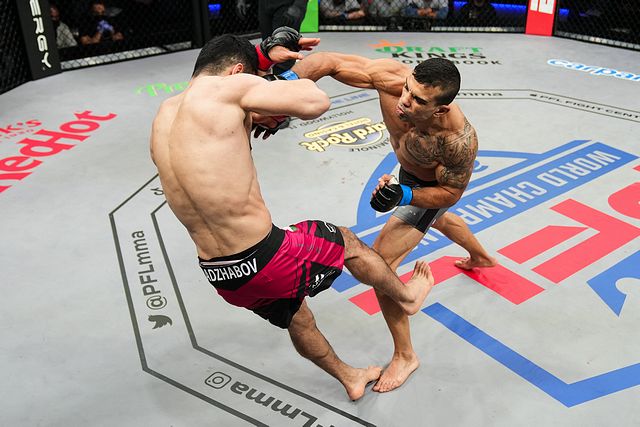 The show continues on its homes, ESPN+ and ESPN, and aims to give fighters the opportunity to compete for a world championship and a grand prize of $1 million. Here, we preview the season’s men’s lightweight field.

Last year’s season champion was impressive for a number of reasons. The first is that he wasn’t even supposed to be one of the season’s rostered fighters, but took a spot on late notice. On top of that, he scored wins over former UFC champion Anthony Pettis, UFC vet Clay Collard and Loik Radzhabov, the latter of whom he took out in the finals. Manfio won all of his fights by decision, which is kind of disappointing, but they were wins nonetheless. He is the clear favorite here again.

Speaking of guys entering the 2021 lightweight season on late notice, Alex Martinez did so as well, and he did well despite the 1-2 record. Martinez beat the aforementioned Radzhabov in his debut, though he did lose to him in a rematch in the playoffs. He also lost a nail-biter of a split decision to Natan Schulte, a former PFL champ. Martinez is a good striker and is a long fighter, which gives him an advantage at 155 pounds. His distance makes him hard to deal with. He has a tough first fight against UFC fighter Stevie Ray in his first outing.

Ireland’s Myles Price, to me, was given a spot this season to feed the division’s top star: Anthony Pettis. Price has a 61-percent win percentage. That said, to his defense, Price has not taken many easy bouts. His losses come to fighters such as Norman Parke, Colin Fletcher and Kane Mousah, who all have reputations on the MMA scene. His biggest win was a split decision over Peter Queally. Price has a lot to prove here, especially seeing as his first assignment is the former UFC champ Pettis.