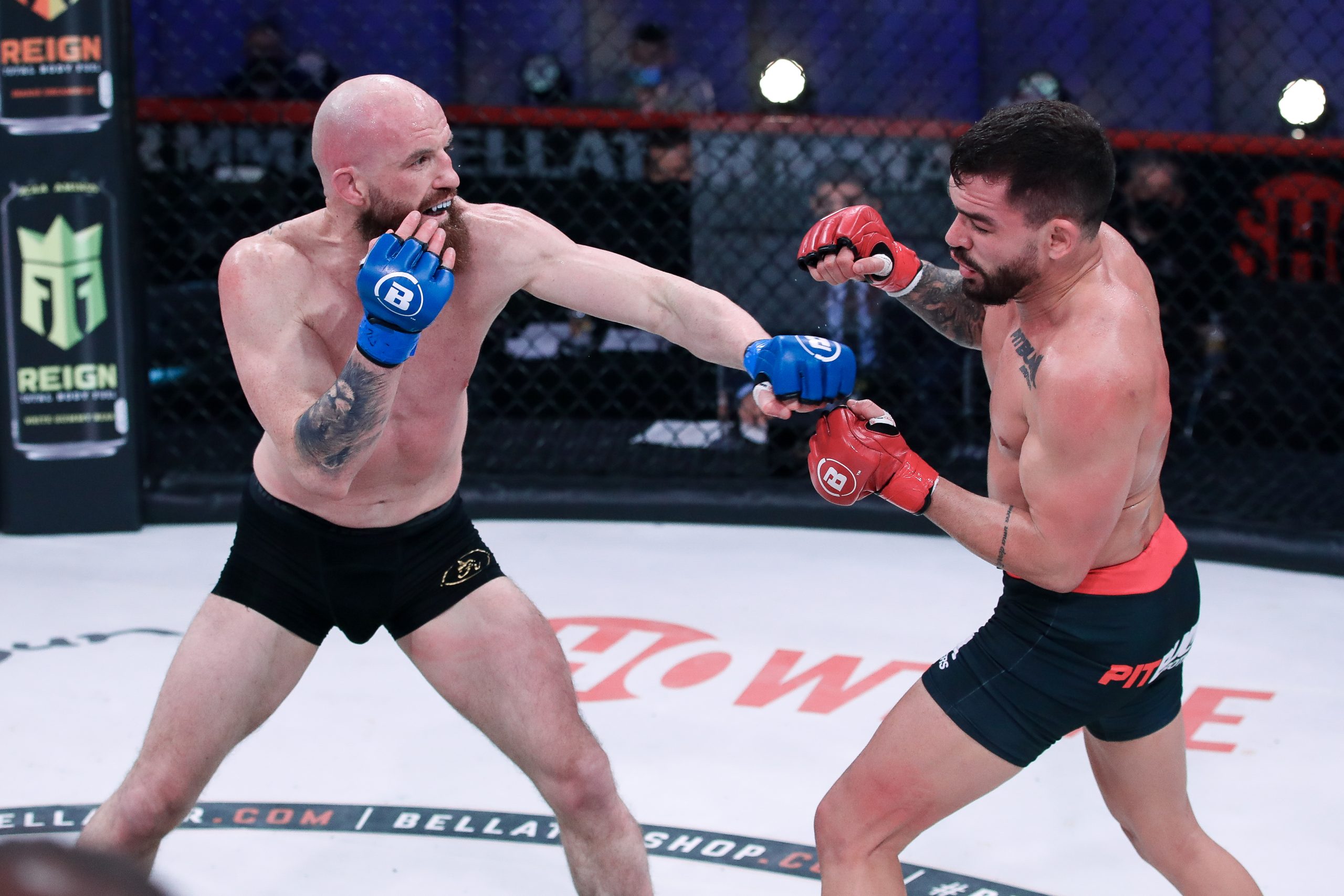 Bellator’s worldwide tour continues with their second straight international event. After traveling to Russia for Bellator 269 two weeks ago, Bellator now heads to Dublin, Ireland. Bellator 270 goes down on Friday, Nov. 5, live from the 3Arena. The fight card features fifteen bouts, including six fighters from Ireland.

The main event will be a rematch from a brutal fight only six months ago. After losing in the first fight, Patricky “Pitbull” Freire seeks revenge against Ireland’s Peter Queally. Not only is it a rematch, but the vacant Bellator lightweight championship is also on the line.

In the co-main event, rising stars James Gallagher and Patchy Mix go to war. Both fighters look to use the other as a stepping stone on their way to greatness. Also, featherweights Daniel Weichel and Pedro Carvalho go toe-to-toe with the hopes of working back to a title shot. From top to bottom, Bellator 270 has the potential to be the best Bellator event of the year.

The preliminary card begins at 2 p.m. ET on YouTube before moving over to Showtime at 5 p.m. ET for the main card. Let’s take a look at the full Bellator 270 preview and predictions.

The lightweight title was recently vacated by Patricio “Pitbull” Freire in order to give his brother Patricky a shot at Bellator gold; does the elder Pitbull brother leave the cage with the belt around his waist?

Patricio Freire decided to vacate the belt to avoid conflict with his brother Patricky. Although the idea is wholesome, the outcome may not have a happy ending. Patricky has the task of avenging his loss to Queally to earn the Bellator lightweight championship.

The first time around, Queally bullied his way to a doctor stoppage win in the second round. The question is: how will Patricky perform in this career-defining matchup? Throughout his career, Patricky has struggled against pressure fighters. On the contrary, Queally has found himself excelling against better fighters. After beating Patricky six months ago, Queally will have a lot of confidence fighting in front of his home crowd.

If you have ever watched Queally fight, you know what to expect. Queally is a savage that may be one of the most durable fighters in Bellator history. His ability to take damage and keep applying pressure has been the key to his success. Meanwhile, Patricky can finish anyone in the division. The issue for Patricky is that he tends to allow his opponent to bring the fight to him. Queally should be able to control the pace and finish Patricky to become the lightweight champion.

Both James Gallagher and Patchy Mix sport records with only a single blemish; which man keeps his one-loss record intact after the two tangle in the co-main event?

Gallagher vs. Mix is a matchup between two rising stars looking for a big name on their resume. At 25 years old, Gallagher has found himself as one of the most marketable Bellator fighters. Although his knockout loss three years ago to Ricky Bandejas was devastating, Gallagher has worked his way back to a big-time fight.

On the contrary, Mix bounced back with a third-round finish after losing the vacant Bellator bantamweight title shot to Juan Archuleta. At 28 years old, Mix has continued to evolve into a future world champion. Although the loss to Archuleta was a setback, beating Gallagher at Bellator 270 would put Mix back on track.

Between these two fighters there are 20 finishes. Both fighters have world-class Brazilian jiu-jitsu, but the striking is what separates them. Gallagher has the better fight IQ and ring control. His ability to force his opponent into his type of fight has led him to this point. If the scrap goes to the ground, anything can happen as both fighters are talented.

If they decide not to grapple, Gallagher can use his power and speed advantage to ensure he is one step ahead of Mix. Overall, Gallagher’s loss to Bandejas was humbling, creating an improved fighter that should beat Mix.

The sleeper match-up is the featherweight bout between Weichel and Carvalho. Holding a record of 41-12, Weichel has won two of his last three fights. Meanwhile, Carvalho lost two in a row against top-tier opponents Patricio Pitbull and Jay Jay Wilson. The experience gained from those fights will help Carvalho make improvements. At 26 years old, Carvalho has the chance to get back on track to a title shot with a win against the highly-experienced Weichel.

One thing to understand is that both fighters know how to finish fights. Weichel and Carvalho have 30 finishes between them. When it comes to striking, Carvalho tends to apply pressure using his speed. On the contrary, Weichel uses his power to succeed. Both fighters have a handful of submission finishes, which could lead to this bout staying standing.

If the fight goes to the ground, it will turn into a grappling chess match. If the fight stays standing, the difference in styles could lead to an intriguing war. Either way, do not underestimate the potential of Weichel vs. Carvalho.